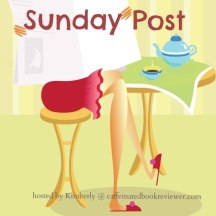 Ironically, our holiday on Monday was a Bad Weather Make-Up Day. With the amount of rain we received in Central Texas, many schools were delayed or cancelled on Monday. Good pick, school district. If only they’d put Friday as Bad Weather Make-Up, like every other surrounding district, we would have had a 4 day weekend! It rained every day throughout the week, very heavily on several. My beautiful glass bird feeder I found broken on Wednesday when I came home. 😦 As tribute to the loss of iconic pop star Prince, I thought it fitting to title this post in part Purple Rain.

I had a busy but easy week. We spent a day in the library. Students took their unit test – which they claimed was so easy. Wednesday night the man came up and I picked a restaurant that was apparently uber fancy with valet parking and the whole shebang, but there was a line out the door and in the parking lot. We picked somewhere else to dine and he took Baby back home with him. She was so in love when he walked through the door. She was all over him with kisses. She would not let him kiss me! I told him we had been missing him bad. He joked that she just missed having her own bed(room). He sent me awesome photos capturing the daddy-doggy day – check them out below!

Thursday I took my yearbook officers for the upcoming year to boot camp. We got dog tags and everything. They learned so many things and are so excited to start this next year. They want to set up our room so that it’s a home away from home and work over the summer. It was phenomenal. Our high school staff was also there, and the high school advisor is going to try to get us work days for us to go to the high school and just work on yearbook. That would be SO nice (but I’m not holding my breath). I was nervous about driving the district suburban – in the rain – in Austin – but it wasn’t bad at all. However, on my way to school that morning I was mere inches from being totaled and most likely sent to the hospital thanks to someone running  a stop sign. I ended up in someone’s yard to avoid the collision. Frazzled and stressed to say the least, but the day turned out fantastic. We also had our first parent night for the little 5th graders coming up into yearbook, and not many showed up. Our cheer program does this set up, so if you don’t attend the parent night the kid is not allowed to try out. So many people believe yearbook is “just taking pictures.” It drives me nuts. That’s NOT a yearbook – a true yearbook has a lot of journalism going on. We want an award winning book. There were a lot of quitters this year – over half the staff! – once I came on board and they actually started having to do work and couldn’t play and goof off. Those who stuck it out completed eight months of work in two months and two weeks. It was grueling for some and they struggled, and then there were others who shined. The parent night is the first step in the elimination process since I had 65 fifth-grade applicants for only 20 spots.

Also, I have been commissioned by Scott Cramer to write the official blurbs for his Toucan Trilogy series after my reviews went up in the last few weeks! Aaaaaaahhhh!

I now have the final book in the Toucan Trilogy series so that I can read it and write the book’s official blurb. Generation M might make or break my heart.

Coldly implementing their vision of the future, CDC scientists allow a lethal infection to become an epidemic outside the colonies.

Abby, her body wracked by the infection, begins a desperate journey to find her brother Jordan and her little sister Toucan, and save the lives of millions.

Two Brothers, One Redhead, and a Stolen Giraffe |  Urban Boys