Date night at the Riverwalk was lovely! This is the home of the Alamo, the place where Selena got proposed to, and where the pageant portion of Ms. Congeniality was filmed. The man had never been, so it was a treat for him. We ended up going later in the evening, so I didn’t get to take him through the Alamo or visit all of the places along the Riverwalk. I had wanted to go visit the Tower of Americas, but it was really late when we left. Next time! However, the restaurant we ate at was very poor quality. The man got pretty peeved when we discovered mold on my food. I was shocked that my meal was not comped. We went on the final riverboat ride of the night, and we had the funniest tour guide. It was cool breezes and a twinkly light ride.

I also have some (sorta) big news to share! My previous biopsy came back good – for the first time in five years! I went on Monday for my 6 month check up and I’m waiting on those results. I spoke a little more in depth with my doctor about what we would do next and why my cells have not regenerated correctly, which should have happened within two years. She said that flare ups are possible, due to stress, lack of sleep, and diet. I’ve never found this before in my research, and it explains everything. For the first time in my adult-ish life, I am not in a bad relationship, and I’m not in friend drama, and I’m not in a financial rut. Things are good everywhere.

I’ve been a little lax in sharing photos lately, so here are some from the last couple of weeks. Enjoy!

This year I started the new feature Famous Last Words, which runs every third Thursday. I’ve been debating moving this to twice a week, and then I thought about weekly. Let me know what you think. Take the poll and leave a comment below!

Monday was a little overloaded this past week! 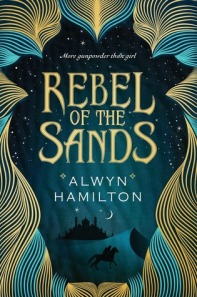 Despite my self-imposed rule of anti-hype, after seeing Rebel of the sands on EVERYONE’S Top Ten Tuesday posts this past week, and again in another post (I think a review), I could not not buy it. So I did. 🙂

She’s more gunpowder than girl—and the fate of the desert lies in her hands.

Mortals rule the desert nation of Miraji, but mystical beasts still roam the wild and barren wastes, and rumor has it that somewhere, djinni still practice their magic. But there’s nothing mystical or magical about Dustwalk, the dead-end town that Amani can’t wait to escape from.

Destined to wind up “wed or dead,” Amani’s counting on her sharpshooting skills to get her out of Dustwalk. When she meets Jin, a mysterious and devastatingly handsome foreigner, in a shooting contest, she figures he’s the perfect escape route. But in all her years spent dreaming of leaving home, she never imagined she’d gallop away on a mythical horse, fleeing the murderous Sultan’s army, with a fugitive who’s wanted for treason. And she’d never have predicted she’d fall in love with him…or that he’d help her unlock the powerful truth of who she really is.

The Sore Prickly Bear | Silenced in the Surf