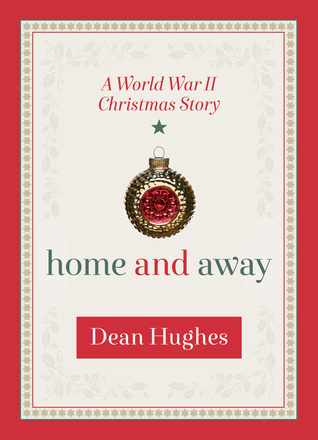 A historical fiction novel told from the perspective of a son fighting on the battlefields of Europe during World War II and his mother, struggling with worry and uncertainty about her soldier son while she tries to keep a semblenance of a normal, happy Christmas holiday back on the homefront.Norma Hayes has always tried to make Christmas special for her family, but 1944 will make that more difficult with money being tight and wartime rationing making everything hard to come by. Aware of his mother’s hardships and the worry from having her eldest son at war, second son, Dennis, is determined to buy his mother a special gift this Christmas, a lavendar blue dress he hopes will bring her comfort as a symbol of special times gone by and the hope of a brighter future with the family reunited at war’s end.Meantime, on the long campaign to free Europe, her soldier son carrys on as best he can, the horrors of war taking its heavy toll on armies and civilians alike. On a battlefield far from home in Holland with his 101st Airborne battalion, he catches a familiar scent of lavendar which briefly transports him back to the homefront to the perfume scent his mother wore, giving him a short respite and reuniting the family once again if only in his imagination.This historical fiction novel is a nostalgic and tender story about the power of love, the reality of war, and the hope we all have that things will turn out all right.

This a World War II Christmas story and is told from the perspective of a son fighting on the battlefields of Europe during World War II and his younger brother back home, struggling with trying to keep his family together during the difficult time.

Glen – the oldest son; at war in Europe

Dennis – the second oldest; struggling with family at home

Dad – hard-working and gruff; struggling with Glen in the war

There are also two younger sisters who play their own roles in the book, as well as a few friends.

I thought this was going to be a feel-good book that glossed over the war since it’s a Christmas book.

This book definitely does not gloss over the war. Fair warning that this could be trigger-inducing. It is not violent, but the descriptions could be triggers for some. As such, it is not quite the feel-good, warm and fuzzy Christmas kind of book I thought it was going to be. Don’t get me wrong, there are things in the book that did make me feel good about the characters and their situations.

The story is told in alternating chapters from Dennis and his brother Glen. Dennis is still at home anticipating news, as is everyone, while Glen is off fighting in Europe.

The Hayes family isn’t well off by any means, and nobody is more well-aware of it than Dennis. His dad is a greasy mechanic and his mother is a housewife who does some work for the local cannery.

On the home front, everyone is nervous and anticipating news of the war and their boys. The Hays family is no different, and their family dynamics heighten the need for news. Good news.

Glen is the oldest son and part of the 101st. His chapters portray the war in a relatable and realistic way without changing the meaning and intent of the book. He is struggling with his own inner demons and trying to maintain his responsibilities.

As Glen is battling the Krauts in Europe, Dennis is trying to make Christmas special for their mom. His mother sacrifices so much and must be a saint with how she handles everything. Dennis wants something special for her this Christmas and he is finding ways to make it happen.

Dennis was by far my favorite character. He is so thoughtful of his mother especially, but also his father. He doesn’t want to hurt anyone, but he is struggling to try to bring his family back together.

Dean Hughes is the author of more than eighty books for young readers, including the popular sports series Angel Park All-Stars, the Scrappers series, the Nutty series, the widely acclaimed companion novels Family Pose and Team Picture, and Search and Destroy. Soldier Boys was selected for the 2001 New York Public Library Books for the Teen Age list. Dean Hughes and his wife, Kathleen, have three children and six grandchildren. They live in Midway, Utah.

Open only to those who can legally enter, receive and use an Amazon.com Gift Code or Paypal Cash. Winning Entry will be verified prior to prize being awarded. No purchase necessary. You must be 18 or older to enter or have your parent enter for you. The winner will be chosen by rafflecopter and announced here as well as emailed and will have 48 hours to respond or a new winner will be chosen. This giveaway is in no way associated with Facebook, Twitter, Rafflecopter or any other entity unless otherwise specified. The number of eligible entries received determines the odds of winning. Giveaway was organized by Kathy from I Am A Reader and sponsored by the author. VOID WHERE PROHIBITED BY LAW.

7 thoughts on “Review + Giveaway: Home and Away”