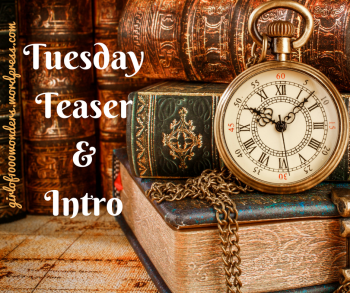 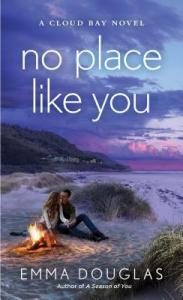 Leah Santelli always knew that Zach Harper, son of a rock legend and her best friend’s brother, was painfully out of reach. Then, on the night of her eighteenth birthday, Leah shocked herself by asking for–and receiving–the gift she wanted: one night of passion with Zach before he left town to pursue his rock star dreams. Now, years later, Zach is back in Cloud Bay to record his first solo album. His return could also be Leah’s big chance to step up her own music career. But getting the producing credit she needs means spending long hours with Zach in the recording studio…and falling back into the habit of longing for him, for better or worse.

Zach used to believe that a man must put his past behind him. But coming back home for Cloud Bay’s famed music festival has allowed him to finally make amends with his family and, much to his surprise, reunite with Leah. He might have left her once but now it seems he can’t stay away. Trouble is, even though the heat between them burns hotter than ever, Leah has old wounds in need of healing before she can give Zach a real chance. Can he find a way to convince her that they can make more than just great music together–and that she’s the one that he wants for all time?

Oce upon our time

Yet somehow I forgot you, baby

But now you’re all I see

As a kid, Grey’s studio had been sacred ground to Zach.

Zach turned his attention back to the coffee, producing two coffees strong enough to dissolve steel. Eli took one sip then put his down and shoveled a few spoons of sugar into it. “Dude, are you trying to give us ulcers?”

First Chapter/First Paragraph/Tuesday Intros was created by Bibliophile By The Sea and is now hosted by Vicki @ I’d Rather Be At The Beach. To participate, share the first paragraph (or a few) from a book you’re reading or thinking about reading soon. Link up HERE.

7 thoughts on “Tuesday Teaser & Intro: No Place Like You”