At one time Corrie ten Boom would have laughed at the idea that there would ever be a story to tell. For the first fifty years of her life nothing at all out of the ordinary had ever happened to her. She was an old-maid watchmaker living contentedly with her spinster sister and their elderly father in the tiny Dutch house over their shop. Their uneventful days, as regulated as their own watches, revolved around their abiding love for one another. However, with the Nazi invasion and occupation of Holland, a story did ensue.

Corrie ten Boom and her family became leaders in the Dutch Underground, hiding Jewish people in their home in a specially built room and aiding their escape from the Nazis. For their help, all but Corrie found death in a concentration camp. The Hiding Place is their story.

The narration was beautiful. It was easy to follow and Dunn has a pleasing voice with a slightly husky tone.

Corrie ten Boom lives in Holland with her elderly father and spinster sister. Corrie herself is approaching 50, and all three of the ten Booms are watchmakers, working in the family store. They are kind and compassionate people with their lives steeped in their strong faith, which are the foundations of their life.

When the war breaks out, they soon find their Jewish friends in desperate need. The ten Booms do all in their power to assist them. They have a secret room in their house constructed to conceal a hiding space. They get connected with others out in the countryside to funnel Jews through and away from their oppression and imminent arrest. Soon the ten Boom’s storefront becomes Grand Central Station of the Underground in Holland. Not only do the ten Booms board and care for their friends, and soon complete strangers, they also find them safe passage, send messages on their behalf, obtain new identity papers for them, and set them up with ration books for when they are on their own in the future. Through their hard work and efforts smuggling Jews out of the country and Nazi occupation, the ten Booms save over 800 Jewish men, women, and children.

They stick their necks out, make their home a safe haven, and risk everything. Eventually, they are betrayed, and the ten Booms wind up in prison for a few months. She is separated from her father and her sister Betsy. Later she is transferred to the Vught Concentration Camp, and finally, lands in Ravensbruck Concentration Camp. She also falls quite ill during her imprisonment.

This is a recounting of Corrie’s of her days during the war. It is written decades afterward with the assistance of John and Elizabeth Sherrill. Corrie’s entrenchment in faith in the Lord is what she testifies her strength, deliverance, and life upon. It is a moving and heartfelt story. Despite the highly religious tones, it wasn’t preachy. However, I did listen to Corrie’s accounts with a grain of salt. While this is her first-hand accounting, it is 20 some-odd years later and written with the aid of two individuals not present at the time. Further, the logic of the book is that all of Corrie’s courage and bravery and strength are only gifts from God, which are later taken back and she is left without any strength of character. In times of great fear is when we falter and find it an insurmountable mountain to scrounge up strength, courage, or bravery. I don’t believe Corrie ever had hers “gifted” by God, but simply gave in to the natural depths of humanity.

A read everyone should share in, Corrie’s story of faith, forgiveness, humility, and loyalty are hallmarks the world is needing today. 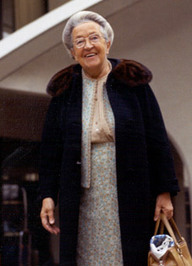 Corrie ten Boom and her family were Christians who were active in social work in their home town of Haarlem, the Netherlands. During the Nazi occupation, they chose to act out their faith through peaceful resistance to the Nazis by active participation in the Dutch underground. They were hiding, feeding and transporting Jews and underground members hunted by the Gestapo out of the country. It is estimated they were able to save the lives of 800 Jews, in addition to protecting underground workers.

On Feb. 28, 1944, they were betrayed and Corrie and several relatives were arrested. The four Jews and two underground workers in the house at the time of the arrest were not located by the Nazis and were extricated by the underground 47 hours after they fled to the tiny hiding place (located in Corrie’s room).

The ten Boom family members were separated and transferred to concentration camps. Corrie was allowed to stay with her precious sister, Betsy. Corrie’s father (Casper), her sister (Betsy) and one grandchild (Kik) perished. Corrie was released in December of 1944.

These acts of heroism and sacrifice became the foundation for Corrie ten Boom’s global writing and speaking career which began after she was released.

Ten Boom has received numerous awards for her writing and speaking. Notably, she was honored by the State of Israel for her work in aid of the Jewish people by being invited to plant a tree in the famous Avenue of the Righteous Gentiles, at the Yad Vashem Holocaust Museum, near Jerusalem. She was also knighted by the Queen of the Netherlands in recognition of her work during the war, and a museum in the Dutch city of Haarlem is dedicated to her and her family.