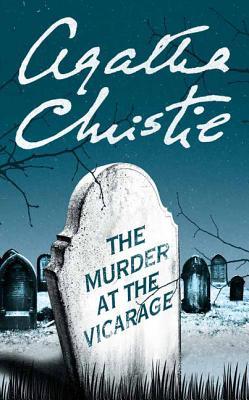 The murder of Colonel Protheroe — shot through the head — is a shock to everyone in St Mary Mead, though hardly an unpleasant one. Now even the vicar, who had declared that killing the detested Protheroe would be ‘doing the world at large a favour,’ is a suspect — the Colonel has been dispatched in the clergyman’s study, no less. But the picturesque English village of St Mary Mead is overpopulated with suspects. There is of course the faithless Mrs Protheroe; and there is of course her young lover — an artist, to boot.

Perhaps more surprising than the revelation of the murderer is the detective who will crack the case: ‘a white-haired old lady with a gentle, appealing manner.’ Miss Jane Marple has arrived on the scene, and crime literature’s private men’s club of great detectives will never be the same.

There is no one more despised than Colonel Protheroe. The vicar himself said Protheroe’s death would be an advantage for the villagers. When he is indeed found murdered in the vicar’s study, with two different people confessing to the crime, the elderly Miss Marple exhibits her detective skills. There are seven suspects, including the vicar. After events pass and investigating the actual crime and the suspects, Miss Marple deduces the true facts of the murder.

There are many characters in this first installment of the Miss Marple series, so I have broken down the most important ones into a few categories as best I could.

What’s humorous about this group of women is they are commonly referred to by everyone else as “old cats” and gather at the vicarage itself to take part in their gossip, which the vicar cannot convince them is sinful.

There are of course a slew of other characters who have minor roles in the plot but some who contribute interesting information about the suspects. Most are servants in various households or other villagers. For the most part, the characters are underdeveloped due to the sheer number of them.

I have read Agatha Christie before (Ten Little Indians/And Then There Were None and Murder on the Orient Express). I enjoy her writing and her mysteries, so I was looking forward to reading a new-to-me book by her since it has been so long. I didn’t realize until after starting the book that this was part of a series, the first in the Miss Marple series.

This is more than a mystery. It is quite comedic thanks in part to the vicar’s POV and the characters themselves. As a whole, the men are very dandy and the woman can easily be described as biddies. The term “gossipmongers” comes to mind quickly. The fact that no one in St. Mary Mead has a clock that is the correct time only adds to the mire of the murder mystery. It must be a St. Mary Mead tradition. There are characters that fill out the entire realm of social hierarchy, so it is not just the middle-class echelon represented.

The story as a whole was sarcastic in that old-fashioned, high brow, tongue-in-cheek style told through the viewpoint of the elderly vicar of St. Mary Mead. He is a very honest character about what he sees, painting a true picture of the villagers, the investigation and himself. Due to his position, he is one whom just about everyone trusts. He shares his opinions about the women who fill his life and they are quite funny.

Miss Marple, the sleuthing detective, is only a minor character in the book. She is slightly different than the other nosy, gossiping old women in the village in that she is actually right in her thoughts about the nature of her neighbors. This is important because the book relies heavily on the villagers and their relationships just as much as the murder because they are intricately linked.

The language is, of course, Christie. It is very proper, written even in high style that is focused on politeness, societal conventions, and the language itself. Christie’s style leaves readers in the dark, only allowing glimmers of different aspects of the village, villagers and murder.

The crime is set in the small English village with an overflow of gossip, affairs, and various emotions. Even the police force depend on meddling old women, much like Angela Lansbury’s character is depended upon in Murder, She Wrote.

The murder victim is Colonel Protheroe, a very unpleasant fellow who is highly disliked around the village. Needless to say, plenty of potential suspects abound. The murder is pretty typical, but it is the setting in the small village filled with gossipers that hypes up the murder and investigation.

In terms of the audiobook narration, I agree with a few others who have pointed out the cringe-worthy performance of the female characters. And every time Lettice’s name was said it was pronounced “lettuce.” I giggled each time.

This is one of Christie’s lesser acclaimed works, but is the first in which Miss Marple and the Clements appear in who show up later in other books.

Agatha Mary Clarissa Miller was born in Torquay, Devon, England, U.K., as the youngest of three. During the First World War, she worked at a hospital as a nurse; later working at a hospital pharmacy, a job that influenced her work, as many of the murders in her books are carried out with poison.

On Christmas Eve 1914 Agatha married Archibald Christie, an aviator in the Royal Flying Corps. The couple had one daughter, Rosalind Hicks. They divorced in 1928, two years after Christie discovered her husband was having an affair. Her first novel, The Mysterious Affair at Styles, came out in 1920. During this marriage, Agatha published six novels, a collection of short stories, and a number of short stories in magazines.

In 1930, Christie married archaeologist Max Mallowan (Sir Max from 1968) after joining him in an archaeological dig. Their marriage was especially happy in the early years and remained so until Christie’s death in 1976.

Christie frequently used familiar settings for her stories. Christie’s travels with Mallowan contributed background to several of her novels set in the Middle East. Other novels (such as And Then There Were None) were set in and around Torquay, where she was born.

6 thoughts on “Audiobook Review: Murder at the Vicarage”