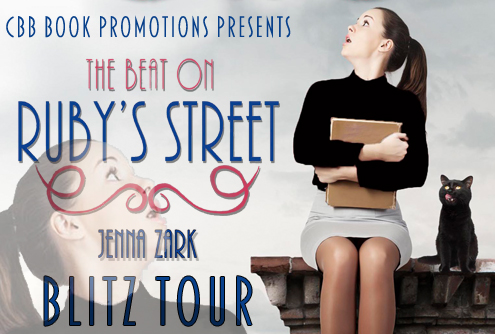 Welcome to the blitz tour for The Beat on Ruby’s Street by Jenna Zark! This is a middle grade novel and is now available for sale!

About the Book:
The last thing eleven-year-old Ruby Tabeata expected to happen on her way to a Jack Kerouac reading was to be hauled to the police station.

It’s 1958 and Ruby is the opposite of a 1950s stereotype: fierce, funny and strong willed, she is only just starting to chart her course in a family of Beat Generation artists in Greenwich Village. Ruby dreams of meeting famous poets while becoming one herself; instead, she’s accused of trying to steal fruit from a local vendor and is forced to live in a children’s home. As Ruby struggles to return to family and friends, she learns her only choice is to follow her heart.

Join Ruby’s journey as she finds unexpected friendships, the courage to rebel against unjust authority and the healing power of art in this inspiring middle-grade novel by Jenna Zark. 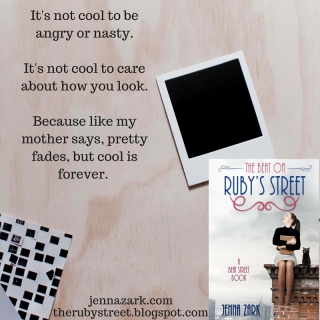 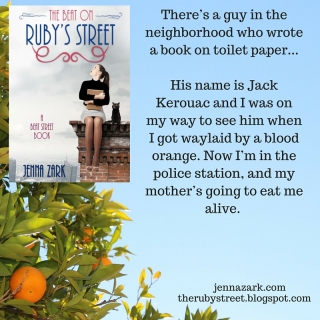 About the Author:
Jenna Zark is a columnist, lyricist, playwright, and novelist. Her play A Body of Water was published by Dramatists Play Service and produced regionally after its debut at Circle Repertory Company in New York. Other plays were produced in the Twin Cities, Los Angeles, Atlanta, and St. Louis. As a former staff writer at Scholastic Choices magazine, Zark wrote extensively for middle school and junior high students. Columns, poetry, essays, and articles have been published in TC Jewfolk, Stoneboat literary magazine, Minnesota Bride and numerous other publications. Zark is also a member of a lyricist’s collective in the Twin Cities that performs at local cabarets. She’s still trying to figure out if it’s harder to write a play, a novel, or a song. To share your thoughts on that or to learn more, please visit jennazark.com.

11 thoughts on “Blitz + Giveaway: The Beat on Ruby’s Street”