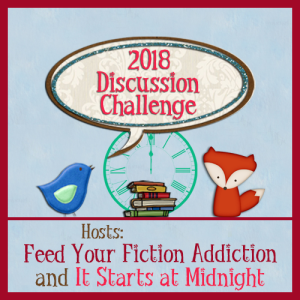 Recently I read a post complaining about the blurred lines between YA and NA, and the mix of sexual content now cropping up in YA. I agreed with the blogger, who entirely disagreed with any sexual content in YA. Afterward, I started thinking on it. There are a couple of YA books that I thought of that do blur that line. It wasn’t meant to be shock value in either book. Rather, it was part of the natural progression of growth into young adulthood.

Bildungsroman is the term used to classify what I would consider the wide range of books that fall into YA literature. Bildungsroman focuses on the moral and psychological growth of the protagonist, commonly referred to as coming of age. The ultimate goal is maturity, and it is achieved gradually and with difficulty but is extremely important. Often the main conflict is between the protagonist and society. This covers every book YA book I know.

The first novel I thought of for this post was a book I read in middle school. I remember the book’s title and premise spreading like wildfire through our school. It was the whispered talk of the town. And I had to get my hands on it. Walking into that library up to Mrs. Almquist to ask if Detour for Emmy was in was one of the scariest moments of my life. I was sure I was going to be struck down or she would deny me to have it. Even better, she knew the book and what it was about – she had to buy it – and her facial expression didn’t change whatsoever. She was most helpful in getting me the book. What is more of a moral and social lesson than becoming pregnant as a teen? Being ostracized and criticized was a great learning lesson for me. It opened my eyes beyond the friendships, loyalty, and back-stabbings I’d already experienced.

Sometimes maturity, growth, and morals comes in direct conflict with what a character has been taught or raised to believe, including sex and sexuality. In Luna by Julie Andrew Peters, Liam is a teenage boy who transforms into Luna in his basement bedroom at night. It is a coming of age that is solely focused on sexuality, gender, and identity.

Another YA novel that hones in on morals and loyalty, identity and maturity is John Green’s Looking for Alaska. Pudge is sent to a boarding school with Alaska and the Colonel, along with a small cast of supporting characters. The novel caused an uproar in many school districts since it was available in their high school libraries and had a scene about oral sex. I didn’t read this book until I was halfway through college, but it had a great impact about being your true self. The educational sex scene was not designed to be subversively teaching teens how to perform oral sex. In fact, the entire lesson ruined that sexual exploit for the character.

The last YA novel that comes to mind that contains a sexual element is a beloved series, Bloody Jack by L.A. Meyer. In this series, young Mary Faber goes through adolescence. She learns what it means to have her monthly cycle while at sea with a bunch of men. She grows up at sea and learns all she needs to about the birds and the bees there, while experiencing some compromising situations and exploring her own identity as a budding woman. For me, the story of Jacky’s notorious fame as a pirate was a stronger pull than the sexual identity and content.

So, I disagree that there should be absolutely zero sexual content in YA. I believe that it should fit the stage of life for which it is written for, primarily the 15-18 year range. There is a line, and in my mind explicit content crosses that line into NA and not YA.

How do you feel about sexuality in YA? Some? None? Doesn’t matter?

14 thoughts on “Discussion: Sexuality in YA”