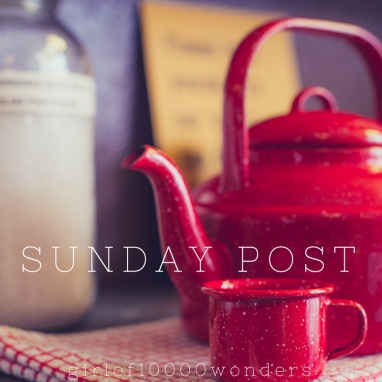 The Sunday Post is a weekly meme hosted by Kimba @ Caffeinated Book Reviewer. It is a weekly news post to recap the past week on your blog, showcase the books and other goodies you’ve received, and share news about upcoming events on your blog. Be creative and personalize it! To get in on the Sunday fun day, see the rules here: Suday Post Meme.

I spent my last few days of the break cleaning up around the house and handling the hot mess train wreck that became my suitcase. I refolded everything, put some things back in the closet or drawers…and found my cholesterol medicine that I didn’t even realize I haven’t been taking. Ooops!

I went back to work on Thursday and The Man’s parents were supposed to fly in at 11 AM. They called on Tuesday afternoon to tell him their airport got 2 feet of snow and it is closed until January 10th. Their entire trip was cancelled. I was very disappointed. This will be the first time we’ve seen his dad since he started his chemo, and only the second time I’ve seen his stepmom. They’re rescheduling their trip for April. Despite the delay, it was a slight relief. The house is overflowing with The Man’s crap and my crap. We need a larger house where we can convert a bedroom to an office space. Right now, the drying rack is currently parked at the front door. Needless to say, it would take a mammoth burglar to actually make it into the house.

At the same time, I had an epiphany. I quit using my bullet journal in September. I hated that I quit, and I tried in November to get back to it but I was just too overwhelmed. Plus, there’s now SO MUCH. I realized part of the problem is that it is a disaster. I have stuff shoved into two backpacks, which was not the plan. One was specifically for my laptop. The massive disorganization was a deterrent and I can’t cart all of it back and forth during the week and for the weekend. It’s just too much, so I took myself to WalMart and bought some tubs, a craft bag, and a huge carpet bag that I thought everything would fit in. It doesn’t…the craft bag doesn’t fit inside, but it was a massive improvement. Then I decided I might ditch the containers and use them for something else. I went online to find a colored pencil and marker case. By mid-week I should be entirely set up and able to get back in business on the weekly, which is one of my goals for the year.

I went back to work on Thursday. It was a sobering morning. One of our SPED paraprofessionals spent his last day on Earth on the last day of 2017. He passed in his sleep on New Year’s Eve. All of our professional development and meetings were cancelled. It was unreal to imagine this sweet, kind, Godly man not being with us any longer. It is still hard to sink in. I was struggling with emotions. Being surrounded that first morning by crying coworkers, I couldn’t cry. And I cry at weddings! I think it is due to the medication. On Friday almost our entire campus showed for his memorial and I did shed some tears there. It still seems unreal.

The kids return on Monday, and my partner and I have until mid-February planned out. That will help me out a lot with the yearbook crunch coming. It also  gives us time to revamp our spring PBL project and make it better.

I have all of my new challenge pages squared away, and I’ve read my first book of the new year. I went back to my Goodreads Challenge and updated my one DNF book from last year. I have always marked my DNFs as read if I read more than 25% of the book. I think my reasoning at the time in September (which is why I had zero books read in September) was that I would try again, so I never marked it. The more I think on it, the less inclined I am to go back and finish the last half of that book.

I still have five reviews to write that I thought I would have written by now. I am moving on to the rest of the Fandom Hearts series before picking up my first NetGalley pick of the year. 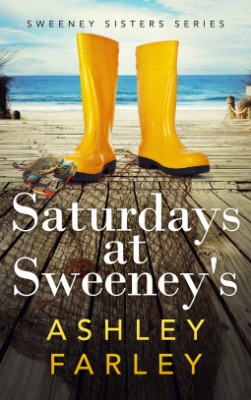 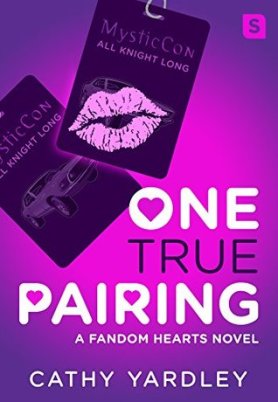 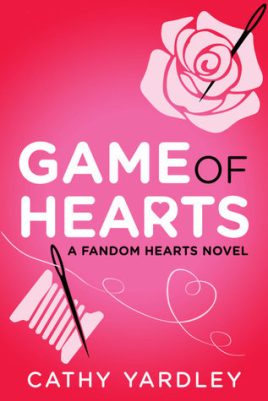 My five year blogoversary is coming up on Saturday! Help me celebrate by taking part in the festivities and the giveaway! 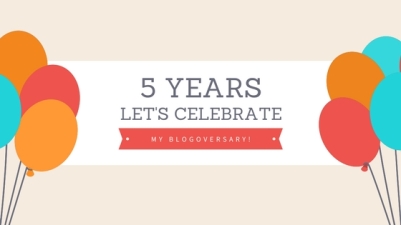 When you stupidly say the word "dark" and your dogs get into a psychotic cold-weather frenzy with expectant faces and anxious whines and rushes, it results in you wearing three layers of pants and two heavy duty long sleeves under a hoodie to go for a walk in this feels-like 19 degree weather…at the park. Everyone prepares for the cold. #doglife #walk #park #latenightwalks #dontsaythepword #orthedword #oranywordthatendsinark #cold #freezing #itstoodamncoldforthis #iwilldie #idonthaveenoughclothesforthis #ceraispetrified #dogsofinstagram #dogsofinsta #dogs #pupsofinstagram #pupsofinsta #pups

Because Daddy tricked me and didn't take me for a special walk and instead took me to the vet, who is now evil. She STUCK stuff in my EARS and pulled out black gunk! And she told Daddy I am overweight!? I am only 18 months! 45 pounds and I can jump a 6 foot fence from standing still if I want to. I catch bunnies and bring them inside to be warm. But I need to lose weight. They told Daddy not to feed me! After giving me their crappy cheap treats. So I will get my revenge by rolling ALL over the yard over and over, running inside, and spreading grass and pollen all over the couch and floors. Payback. Oh, and Boston Grandma and Grandpa are coming in two days. See if you have a clean house, Daddy! #sistercera #vet #earinfection #getthatthingoutofmyear #ewwwwmedicine #gross #daddytrickedme #iusedtolikethevet #theyputmeonthefacebooklasttime #cheaptreats #shesaidimfat #fatpuppy #ihatethevet #terribletwoscameearly #revenge #payback #ohyouwantacleanhouse #wellseewhathappens #imtelling #granndmasgonnagetyou #dogsofinstagram #dogsofinsta #dogs #pupsofinstagram #pupsofinsta #pups

I made a kanban board after seeing @sagegrayson post about it to help my partner @trinat79 and I accomplish tasks more timely and not let anything fall through the cracks. It has helped us tremendously move through tasks and stay focused. We love it! I also created one for my yearbook staff, and they have a @postit with tasks for every page they own. #teacher #teacherlife #teacherproblems #yearbooklife #wearehoarders #dontthrowitaway #timemanagement #expresslane #fasttrack #tasks #taskit #accomplished #motivated #postit #sticky #stickynotes #dontwastestickies #whatdoweneedtodonow #wedidthis

Cera has struck again! Richard sent this photo yesterday while I was at school. That bag was just opened on Christmas. She pulled it down and showered herself and Baby with the whole bag. #sistercera #trouble #troublemaker #sly #sneaky #thief #idontneedyou #ifeedmyself #idontcare #treatyourself #dogsofinstagram #dogsofinsta #pupsofinstagram #pupsofinsta

This is what tomorrow will be…