I am trying to catch up on my backlog of recent reads since I have been hiatus-ing. And it will let me catch up with my reading since I’m not reading as fast these days and it’s taking me longer to get through a book. 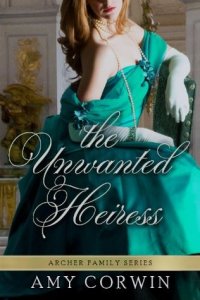 An American heiress nobody wants; a Duke every woman is after, and a murder no one expects.

When Nathaniel, Duke of Peckham, meets Charlotte, he’s suspicious of her indifference. Too many women have sought—and failed—to catch him. However, Charlotte is more interested in dead pharaohs than English dukes.

Unfortunately, a debutante seeking to entrap Nathaniel gets murdered, and his reputation as a misogynist makes him a suspect. On impulse, Charlotte comes to his aid, not realizing that her actions may place her in danger, too.

Both are unaware that a highwayman interested in rich heiresses is following Charlotte, and that another debutante lies dead in Nathaniel’s carriage.

False pretences – This offence is distinguishable from larceny, inasmuch as the owner consents to the property being taken out of possession, though such consent has been induced by fraud.  – Constable’s Pocket Guide

Despite his belief that White’s Club guaranteed Nathaniel Archer, current Duke of Peckham, freedom from the machinations of unmarried women, he could not concentrate on a simple game of cards. He stared at the peculiarly delicate hands of the waiter holding out his glass of port and frowned. [Loc 48]

First Chapter/First Paragraph/Tuesday Intros is hosted by Bibliophile By The Sea. To participate, share the first paragraph (or a few) from a book you’re reading or thinking about reading soon. Link up HERE.