This week went by quickly. I had my follow-up appointment for my sleep study. Despite what my results showed, and despite the doctor signing for a recommendation of surgery (either for deviated septum or upper airways), in person she was denying I needed those services and that there was anything medical related to my poor sleep. She continued to make comments while reviewing my results with me that during certain periods it was not clear if I was actually asleep. That’s why I wanted a REAL sleep study done, which is what I questioned in November and I restated as my concern to her. She kept trying to recommend I get one done at the same time lamenting the costs I would incur. No shit, Sherlock. But you know, this is *after* I asked for one and was told no, I didn’t have a big insurance company and already am on the hook a grand for this rinky dink one that didn’t reveal anything.

The result? I will not be getting a CPAP. Instead, I must have an diagnosed mood disorder and she ordered psychiatry services. I walked out without scheduling any follow ups.

All this, after telling me I needed to “read something boring before bed, like The Bible.”  I will wait until I get new insurance in the fall and start the process over – this time with my man in attendance to cut the crap.

Other than that, it was a mild week. I have one class that is starting to act up habitually. They are good kids, but the makeup of them is just such that they feed off of one another. I had a training afternoon on Wednesday and it was actually a little productive. My yearbook kids and I are working on portraits until we get sick of looking at people and their names. Heaven forbid these 11, 12, and 13 year olds make an unforgivable error! 🙂

A Venture of the Heart

I finished my audiobook, X. I was surprised when someone sent out a newsletter at work recommending X for students as a diverse read. While it is about Malcolm X in his young life up until his arrest at age 20, it contains content about hustling people, gambling and loan sharking, dealing and doing pot and cocaine. Whoever just saw “Malcolm X” and said “Yep, that’s diverse!” without looking at the content.

I started listening to a new audiobook, Crows & Cards. So far it’s just “eh” and. Not much that is particularly phenomenal about it yet. I’m hoping the plot picks up soon. I’m finishing up Staying for Good for my review on Monday. My students and I read chapter 7 of The Phantom Tollbooth on Friday. 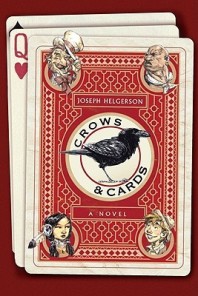 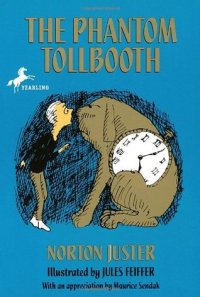 I started this feature as part of my Sunday Posts in the fall. After being asked by a coworker – in all seriousness – if I had a life, I decided to join disc jockey Bobby Bones of Kase 101 in doing one human thing each week.

I didn’t have any particular human connections this week, either. I did leave work around 5pm two days this week, and left right after school on Friday. I was out twice this week, which always makes things hectic. The relief of UIL being off my plate is nice.

Cera, the new pup, is still pooping all around the house in Baby’s favorite places. Given the vast amount of time she’s allowed outside and a short window of time in which she goes in the house, we’re starting to think it isn’t a potty training matter but a territorial matter. It’s going to get old very soon. Anyone have any helpful ideas?