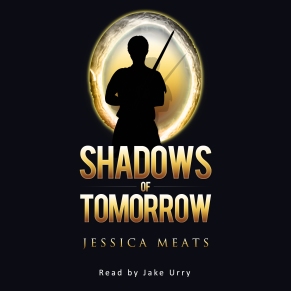 Synopsis: Earth is at war. Portals are opening across the planet and bringing creatures known as Outsiders. Their only desire is to eat, leaving a trail of destruction in their path. The only people who can stop them are the Defenders – led by Gareth Walker – who can open portals of their own to target the Outsiders in minutes. Gareth’s only advantage is an ability to see glimpses of his future.

For the past decade the Defenders have held back the incursion, but now a new portal opens, bringing something that Gareth did not see coming. As he must find a way to stop this new threat, he starts a quest for answers. He must learn how the war began and find a way to stop them once and for all.

All the while, he is aware of a shadow in his future; a moment he can’t see past. Will stopping the Outsiders cost him everything? 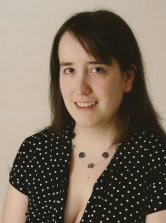 About the Author: Jessica Meats

Jessica Meats is a graduate of the University of York and works in the IT industry. She draws on her experiences as a technology specialist and martial arts student to create a unique and interesting fictional community of combat experts and computer geeks. 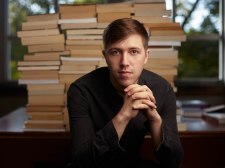 About the Narrator: Jake Urry

Jake Urry is a British actor and audiobook narrator, and also co-founder of Just Some Theatre. Since graduating from an Acting degree course in 2012 he’s toured with Just Some Theatre as an actor and producer, worked on a number of commercial voice over projects and most recently started producing Audiobooks. Jake has produced over 10 titles since March 2016 and has rapidly found himself at home narrating Thriller, Horror, Mystery and Suspense titles. His audiobook work includes dark psychological thrillers White is the Coldest Colour and Portraits of the Dead by John Nicholl, occult mystery series The Ulrich Files by Ambrose Ibsen, and gritty Sci-Fi novel Shadows of Tomorrow by Jessica Meats.

One thought on “Spotlight: Shadows of Tomorrow”

My Blue Moon has hit 100K today! We have been to Pennsylvania, Georgia, and all over Texas together. And we have survived 5 moves and starting our 8th school year! #Jeep #jeepgirl #jeeppatriot
The last time I ordered from this particular place, the wait was astounding. When at the window, I was given a free cheesecake for having to wait so long, and the boy said there was only one other employee working. Two employees running an entire store. I grew up in fast food. There would be a mimimum of 8 people - 2 cooks, 2 carhops, 2 fronts, 1 drinks, 1 manager. Most definitely be kind to our food service staff!
Giving parents are amazing! Here I thought my boots came SUPER early, but no - it was gifts for the classroom! I can't wait to start using these jumbo cards!
No more pink sticky notes needed!
#reesesforlife
This was a lot of work. 🥵🍨