Life has been a roller coaster recently. At the end of October I put in my notice to my landlord and I also had my observation at work. Texas now has a new evaluation system for teachers, and I don’t think I like it.

The weeks since have been a mad flurry of making sure things at work are at least on an even keel and packing up the house. I get panic attacks about moving. With this move, I did go into such a spiral that my mother had to have a little intervention with me.

My target goal was to be fully moved out of the bungalow by the Sunday before Thanksgiving. While I thought my dad would never get off his butt and get my late grandfather’s things out of the garage, somehow he miraculously did it in less than a month what he’s been putting off for nearly a year and a half.

While I was sad to see the little haven I have lived in since the end of my engagement go, and it was inconvenient for in the middle of the year, the move made me decide on what to do with a bunch of stuff. I have already moved a lot of items to the man’s house. That move is scheduled for May/June 2017. By doing this now, I have made THE BIG MOVE easier.

All of our UIL kids did phenomenal at our practice meet. Most of our students did not get to participate due to another competition conflict with our robotics program, but we still had 64 students place! My yearbook staff are all over the place. While we have plenty of photos, now it is time to get down to the nitty gritty and make a fantastic book.  Cue the endless hours, the whining, the writing, and the sore eyes.

I don’t even know what I’ve read when. While I remember reading all of these, it seems like so long ago. 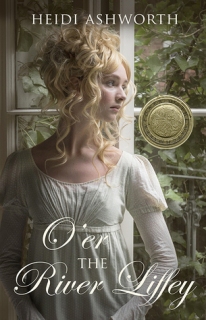 October’s numbers surprised me. The posts that were the most popular were blasts. That hasn’t happened on the blog for nearly two years. The posts I thought would get a nice amount of attention didn’t. Alternate reality?

These were posts I thought would garner more attention, especially the reviews since those are few and far between lately. Go check them out!

Books to Read If Your Book Club Likes Friendship

Famous Last Words #16 –> from Regarding Anna

Review: Awkward –> this is one of my favorite books of the year!

Review: Regarding Anna –> another favorite, maybe THE favorite of the year!

Review: A Love that Never Tires –> am I the only one who didn’t like this book?

I was an absentee blogger for the past two months, I should have taken a hiatus much sooner than I finally did. While I still had content going up for October, the posts became fewer and more sporadic. I threw in the towel for November, which is why my page views were so low.

heartland tv series – Heeeyyy! Who ARE you? Come back, let’s talk!

teaching harry potter and the goblet of fire – I might be able to help you with that, teacher friend!

Blog Ahead ended in October and I did not have 30 more posts than what I started the month with. I probably generated over 30 posts throughout the month, but they were for October and not for the months ahead. So, I failed at this challenge this year. We need to have another one in April. I think that would work well for me (hopefully). Also, NetGalley challenge is once again kicking me this year.

I’m trying not to bog myself down too much and set too many expectations, so I’m keeping it simple. I picked three I want to read next.