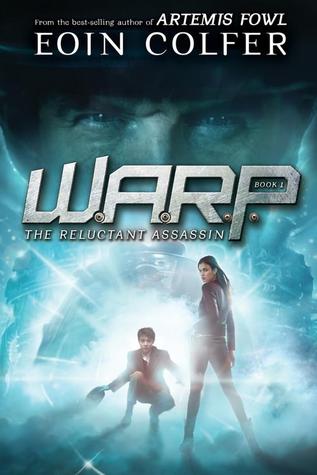 The reluctant assassin is Riley, a Victorian boy who is suddenly plucked from his own time and whisked into the twenty-first century, accused of murder and on the run.

Riley has been pulled into the FBI’s covert W.A.R.P. operation (Witness Anonymous Relocation Program). He and young FBI Agent Chevie Savano are forced to flee terrifying assassin-for-hire Albert Garrick, who pursues Riley through time and will not stop until he has hunted him down. Barely staying one step ahead, Riley and Chevie must stay alive and stop Garrick returning to his own time with knowledge and power that could change the world forever. 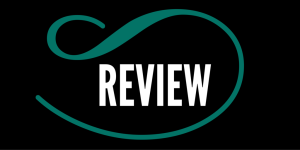 Riley is a teen orphan living in Victorian London. He is an apprentice for an illusionist who has fallen on hard times and now uses his powers for evil and can be hired as an assassin. During one of these schemes, Garrick encourages Riley to commit murder – his first killing.

Thankfully, the victim turns out to be from the future and part of the FBI’s Witness Anonymous Relocation Program (WARP). Riley and Garrick travel via wormhole to modern-day London, where Riley are helped by Chevron Savano, who is there as punishment after a disastrous operation.

Together Riley and Chevie evade Garrick, who is not quite right after his trip through the wormhole: he truly is evil, and he know holds all of the scientist’s knowledge. He is determined to track the pair down and use Chevie’s timekey to go back to Victorian London.

“And God bless Harry Potter is all I can say. If not for him, all of London would have been consumed by the Dark Arts.”

“Keep eating,” said Chevie, thinking she would have to watch the videos with him next time.

Max Caufield does the narration for the audiobook, and he is a talented man! He was able to portray Garrick’s depravity and ghastly character in such an incredible way, and then completely switch in his portrayals of Riley and Chevie. I did have to get used to his British accent. It was a bit gravelly and I had to pay closer attention, but once I got in the listening groove I was mesmerized by his storytelling.

I was sad to see the breakup of Riley and Chevie. They were such a pair! While the histories of the characters piqued me, I was pleasantly surprised that Colfer provided their backstories throughout the story as the plot progressed. Readers learn how Riley came to be an orphan, why Garrick became what he is, and what really happened to Chevie on her botched mission in L.A.

This has the makings of another fabulous series, so it’s probably one you want to buy. 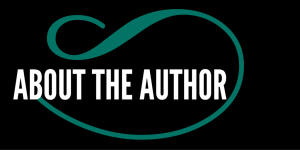 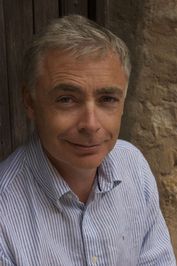 Eoin Colfer (pronounced Owen) was born in Wexford on the South-East coast of Ireland in 1965, where he and his four brothers were brought up by his father and mother, who were both educators.

He received his degree from Dublin University and began teaching primary school in Wexford. He has lived and worked all over the world, including Saudi Arabia, Tunisia and Italy. After the publication of the Artemis Fowl novels, Eoin retired from teaching and now writes full time. He lives in Ireland with his wife and two children.