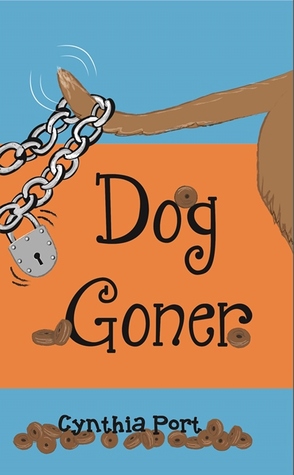 Secrets will be revealed! Fondest wishes will be fulfilled! Permacrud will be . . . what the heck is permacrud, anyway? Find out in Dog Gone Dinky, the second book in the hilarious Kibble Talk series. Tawny and Jenny, along with their dogs Dinky and Gunner, have set themselves on a mission – or really, three missions. But there’s someone else with a fondest wish, and they’ll do anything to get it. Can Dinky save the day before he becomes a dog goner? Dog Gone Dinky is a fast moving and funny fiction story perfect for readers aged 7 to 12 or as a read-a-loud.

Tawny is at it again! In the second installment, her parents are now hot on the adoption trail. Tawny’s friend Jenny has now been welcomed into the Kibble Talker fold and she is hot on the trail to discovering how to become one. Jenny wants to find a victim to experiment on, but Tawny is terrified that someone will use their powers for evil. In the meantime, Jenny is stuck doing portraits for Sandra and her dog Buster while her brother suddenly turns into an interrupting cow during each session. Renselear Higginbotham, a shop owner at the mall, tries everything possible to get Jenny to draw his portrait. He is slimy and creepy and weird and not very nice, and the girls cannot seem to escape him. There is definitely something he wants from them, and he will stop at nothing to get it. Tawny and Jenny are the key.

Dinky had pointed this out to me when I couldn’t understand why my parents thought I didn’t want a sibling. He said we humans don’t ask the important things right out. We ask things sideways instead and then look for clues.

This is a crazy train! Kibble-eating kids, dialectical dogs, harping hobos, adoptions, creepy creepers, death wishes, and kidnapping. There is so much going on that it hits the high notes.

Borrow it! It’s well worth the read and is entertaining and enjoyable.