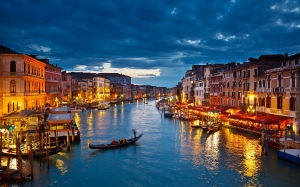 Venice is a beautiful city full of rich and vibrant culture. The lifestyle is so drastically different than what I have experienced as an American citizen, and I hope one day I have the opportunity to visit. For some reason, I thought Michelle Jaffe’s Arboretti Series was set in Venice, but I was remembering incorrectly. (It’s London for them all.) However, Venice in the Moonlight is a heartbreaking tale of hunting down a loved ones’ killer.

Kendall Talbot’s Treasured series is primarily set in the Greek Islands. I’ve always been fascinated with Greece ever since I first discovered its existence. After reading Treasured Lies and Treasured Secrets, I wanted to fly for a visit. The culture and overall appreciation for life, not to mention the waters and the views, make Greece a great setting. 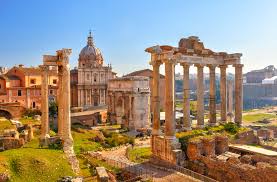 I have read a couple of books set in Rome. Rome is one of the ancient civilizations of the world, and they honor their predecessors. It is such a beautiful city. I’ve read only a few books set in Rome, but they have all been fantastic: Pieces of Tracy, Eros Element, and An American Girl in Italy.

Again, the beautiful waters. I’m Pisces, what do you expect? Becoming Lady Lockwood begins in Jamaica and that Jamaican property is central to the plot. The second book in the Bloody Jack series, The Curse of the Blue Tattoo, is also set in the Caribbean. 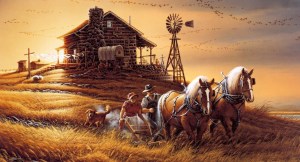 Always have I loved the American West. Not for the ideals of manifest destiny, but for the quiet and simplicity that existed before hoards moved west. The basic “town” with hardworking people in a desolate land, depending upon the land. It’s always something I enjoy reading and experiencing the more primitive and basic life. It all began with Laura Ingalls Wilder’s famous Little House series. Others I have read since include The Lady and the Mountain Man (Montana Territory), Undaunted Love (Montana Territory), Reclaimed Love, Molly Lee, REDEMPTION and One Thousand White Women: The Journals of May Dodd. Some of these may or may not involve Indians. 🙂

Living in the South as I do, the history of the region is very important. In the last year-ish, there have been various groups protesting historical monuments of the South. Although we aren’t going there at all into that conversation, I learned a lot about the South in my education, and I even studied regional literature of the time period. It is an era that had beauty and tragedy. Some of those I have reviewed on the blog include A Time for Everything (Reconstruction Era) and Candle in the Darkness (Virginia). I am sure there are several more that I can’t remember. I started Gone With the Wind and set it aside…for a few years…

Why do they call it New England, Miss? That’s a common question I hear in 6th grade. Well, who did we separate from? Britain, Miss! They have a ways to go…One of my favorite historical figures in US History is Paul Revere. Of course, as a freshman in college my dreams were dashed when Professor Marshall screamed at the top of his lungs that Paul Revere was a terrorist. It’s all about perspective, and usually the winning perspective, but he was indeed going against his country. I have wanted to visit New England for a long time for the historical aspect and the brisk, crisp weather. Banished Love is set in Boston. The next two in the series flip between Boston and other locations.