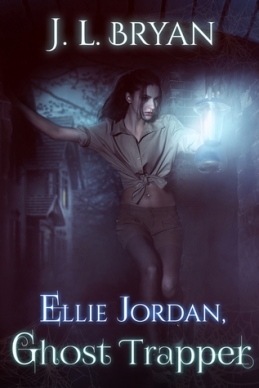 Ellie Jordan’s job is to catch and remove unwanted ghosts. Part detective, part paranormal exterminator, Ellie operates out of Savannah, Georgia, one of the oldest and most haunted cities in North America.

When a family contacts her to deal with a disturbing presence in the old mansion they’ve recently purchased, Ellie first believes it to be a typical, by-the-book specter, a residual haunting by a restless spirit. Instead, she finds herself confronting an evil older and more powerful than she’d ever expected, rooted in the house’s long and sordid history of luxury, sin, and murder. The dangerous entity seems particularly interested in her clients’ ten-year-old daughter.

Soon her own life is in danger, and Ellie must find a way to exorcise the darkness of the house before it can kill her, her clients, or their frightened young child.

The host of creeps closed in around us.  I’d heard at least three distinct voices, but there could have been more specters than that.  It felt like a dark cloud of them, a cluster of ghosts that had more or less lost their individual identities, their yearnings merging into a combined pool of hunger, anger, pain, or whatever emotions motivated them to stick around instead of moving on.  A “cluster haunting” is Calvin’s term for this.

We pushed through the thick, dark air and passed through another doorway.  We should have seen at least one of the glowing green arrows I had drawn, but we didn’t.  The darkness was like heavy, cold smoke, crushing in to choke us while we walked blindly through it.

Then the groan sounded again, followed by the other voices.  They grabbed at us from every side, with hands that were invisible and insubstantial until they clawed into you.  I felt icy fingers on my legs, another hand grabbing at my stomach, and another seized the back of my neck.  That one made me scream.

Stacey screamed beside me, but I could barely even seen her.  Pale, distended, half-formed faces rose in the darkness, their eye sockets hollow, the dark misshapen holes of their mouths wide open as if they expected to feed.

“They’re all over me!” Stacey shouted.

Since our flashlights weren’t helping much, I had to switch tactics.   I holstered my flashlight and traded it for a wireless palm-sized Bose speaker.  Then I touched the iPod on my belt to activate my emergency playlist.

I held out the little speaker like a weapon toward the nearest creepy, pale half-face.

A slice of Handel’s “Messiah” blasted out at ear-crashing volume.  It was the Hallelujah Chorus, one of the loudest and most potent sections of the song—I didn’t have two hours for build-up.

The hallelujahs, as sung by hundreds of voices in the Mormon Tabernacle Choir backed by a full orchestra, rang out into the lightless basement room, echoing back from the walls around us.

Ghosts in long-abandoned properties like the old asylum are accustomed to years of darkness and quiet.  This is why a powerful tactical flashlight beam can jar them.  So can the right kind of music.  My little speaker created a wall of sound—strings, brass, and voices organized and brimming with power, the song itself glowing with religious intent.  It wouldn’t harm the ghosts, but like a sudden burst of light, it might chase them away for a moment or two.

The faces spun around us, losing shape, their voices crying out in shock and surprise.

The dark cloud filling the room thinned a bit.  It didn’t disperse or vanish, but suddenly we could see a bright green arrow drawn in glowing chalk.

Stacey and I hurried.  Our flashlights were blasting at full power again rather than getting absorbed by the darkness.  I didn’t know how long it would take the ghosts to adapt to the powerful music filling their lair—maybe a few minutes, maybe just a couple of seconds.  Then, I had no doubt, they would close in around us again, much angrier than before.

We had to get out of there before that happened.

The faintly glowing arrows guided us back to the steel fire door for the stairwell.  I pulled on the handle.  At this point, I half-expected the door to be stuck or locked by the specters, trapping us in the basement. 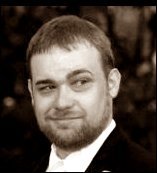 J.L. Bryan studied English literature at the Univesrity of Georgia an at Oxford, with a focus on the English Renaissance and the Romantic period. He also studied screenwriting at UCLA. He enjoys remixing elements of paranormal, supernatural, fantasy, horror and science fiction into new kinds of stories.

He is the author of The Paranormals series of horror novels (Jenny Pox, Tommy Nightmare, and Alexander Death), the Songs of Magic series for younger readers (Fairy Metal Thunder, Fairy Blues, and Fairystruck…so far) and other books. He lives in Atlanta with hsi wife Christina, their son, and some dogs and cats.