When a series of child abductions and murders disrupt the life of an economically blighted community, the consequences have far-reaching implications. The brutal crimes take a different toll on a disparate group of individuals; the scuba diver who retrieves the children’s bodies; the disfigured cellist who thinks he knows who’s responsible; the undercover federal agent; and the mother of one of the victim’s. United in a situation not of their choosing, they are forced to take a deep, introspective look into their intersected, yet isolated lives. 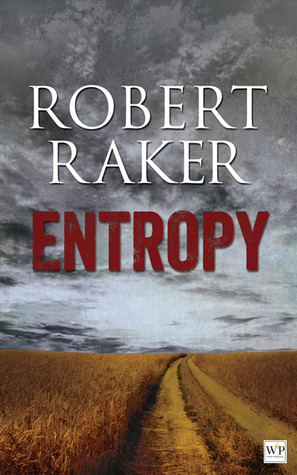 The bloated, distended corpses of the people whose shortened lives I had retrieved from the water were clearly visible in the immature patterns of condensation that evaporated gradually on the mirror. I stood there staring, waiting to hear her tap gently against the bathroom door. She had done that so many times in the last few years. I often didn’t notice her, as she politely sought acknowledgement, before coming into the most vulnerable of places. I now wasn’t quite sure if I wanted to hear her anymore.

Earlier, after I didn’t hear her rise after I left our bedroom, I slid back the glass door to the shower, slowly twisted the end of the brass faucet and let the water run for a few minutes. I watched the quick, sudden burst cover the floor, the droplets clinging to the white and salmon bath sponge that she used. It looked like a wilted flower trapped by its failure to adapt to its environment during a storm.

Some water trickled over the edge of the shower and onto the floor. The level rose to about three-quarters of an inch. It wasn’t draining properly. I crouched down and removed the metal screen on the floor. The water moved left, then right. It caused me to think of the rhythm of her body when she crossed a room, and how ethereal she had looked when she broke the surface of the water when we first swam together. I also remembered how all the pain we had endured had begun in less than twelve feet of water. The water could teach you how to move if you let it.

I had pulled my first body out of less than twelve feet of water over two years ago, from the frigid waters off the coast of Rhode Island. I was a certified swimming and scuba instructor, who taught corporations how to properly use equipment and provided training in recreational and military diving, but I mostly concentrated on commercial diving. I lived under the disruptive surface of the water, in indoor training pools, rivers, oceans, submersed in the water’s reckless and intemperate tenderness.

A civil engineering firm had contracted me to provide training to its employees, in order to repair and construct oil pipeline fittings off the coast of Nova Scotia, in water up to 150 feet deep. I was there in the bitter cold of the North Atlantic for seven months, isolated from the blighted industrial landscapes that corrupted the rural and urban banks of the small town in Pennsylvania where I lived. However for me, there should have never been anything dangerous about water.
Early one dreary, cold morning I arrived at a port in Providence on an oil barge. As I unloaded my equipment onto the docks and prepared to catch a ride, a petroleum worker on another boat cupped his hands over his mouth, outstretched his arms and signaled for me to come over. There was something in the water. Leaving most of my gear left behind I walked tentatively with another worker to the end of the dock, and discovered what appeared to be a body stuck in a drift a few feet below the surface of the water. The torso tapped against the wooden posts that were secured to the inlet floor some ten to fifteen feet from where I stood. We waited for almost an hour for the police to arrive, and I was eventually asked to go into the water because the police diver, who was on call for the area, could not be located. Travel restrictions had also been initiated, as a cold front was moving through, covering most of the East Coast in a dense blanket of sleet and freezing rain.
It wasn’t something that I wanted to do, but I had the most detailed training; more inclusive than any of the others on scene, even though some of them were nearly twenty years older than me. It was a mere matter of circumstance or, if you believed in it, fate. I geared up and through the stinging rain listened to the officer on scene relaying messages from a dispatcher speaking to him on his radio on how to proceed once I had penetrated the water: what to initially look for surrounding the body that might determine an accidental death or a homicide; and how not to compromise the integrity of the forensic scene. The coroner would later determine an exact cause of death after the body was removed, and photographs of the scene and surrounding areas had already been taken. They were requesting that we all remained after I came out of the water, because we were all considered to be material witnesses. As I wasn’t going in very deep, I decided to utilize a snorkel on the surface and hold my breath when I had to. As I made my final preparations, I couldn’t force any spittle from my mouth to clean the inside of the mask. My chest tightened.
The water could teach you how to breathe if you let it.

Wattle Publishing is an independent publisher of  fiction, non-fiction and poetry.

Robert Raker graduated with a degree in Journalism from the University of Pittsburgh. He currently resides in Philadelphia where he enjoys art, music, literature and live theater. He is currently working on his next novel.
Find the author: Website | Facebook | Twitter | Goodreads

Giving away 3 paperback copies of Entropy (US only). Ends October 7th.
Click here to enter the Rafflecopter giveaway!

This Event Is Brought To You By

If you would like to book your own event, please email whittace@gmail.com for prices and scheduling.