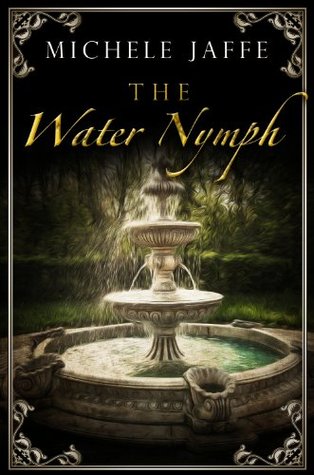 I started reading Michelle Jaffe’s second installment in the Arboretti Family series, The Water Nymph. I read the first in the series, The Stargazer, last spring. You can read my review of it here.

In Renaissance England, love is the most dangerous gamble.

Crispin Foscari, one of Queen Elizabeth’s most trusted spies, leaves nothing to chance. So he’s surprised when he’s informed he has two weeks to clear his name of an accusation of treason, or face the executioner’s noose.

Sophie Champion is a hero to women of London, dedicating her seemingly endless resources to helping free them from bondage to men. But when her investigation into the death of her beloved godfather brings her to the attention of Crispin Foscari, known as “The Earl of Scandal”, under precarious circumstances, she is suddenly the one who needs liberating.

Even as his mind warns him to stay away from the the seductive siren, Crispin proposes a wager. Working together they pit their wits against a calculating enemy by day, and fight their searing attraction at night. As they inch closer to identifying the killer they grow closer to one another. Until finally their passion explodes—with deadly consequences.

Holy crapnuggets. Dead Lies was sooooo good! I never would have guessed the killer. Or what happens later. I was very impressed with the convoluted storylines in this realistic crime/murder mystery.

Former NYPD cop Anna Valentine just landed her first homicide case?the grisly double murder of a wealthy young couple. But it couldn’t have come at a worse time. Recovering from recent personal tragedies, the young police officer just moved with her traumatized child to the suburbs where she hoped to pursue a quiet life and heal. To complicate matters, although she’s sworn off men until she and her son are happy and whole again, Anna feels the pull of attraction to the handsome twin brother of one of the victims, a man who has yet to be crossed off the suspect list. Teaming up with lead detective Jerry Kreeger, a 57 year-old veteran cop who’s lonely, broke, and close to burn out, Anna chases a crafty killer and ultimately exposes a family’s shocking secrets that will rock a town.