I *still* haven’t read my copy of The Red Bikini that was all the rage last summer. But this is my #1 summer read!

One for the Murphys

This is one I bought for my classroom two years ago.

Twelve-year-old Carley Connors never expected a betrayal that would land her in a foster care. When she’s placed with the Murphys, a lively family with three boys, she’s blindsided. 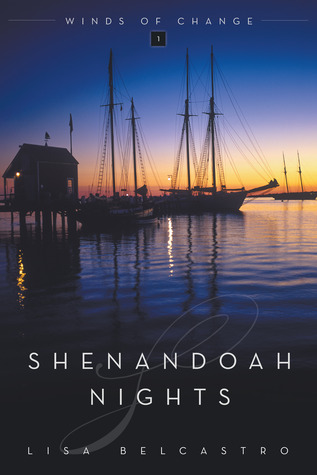 The last thing sixth-grade teacher Rebecca O’Neill wants to do during the final week of her summer break is chaperone twenty-five children on a six-night, seven-day trip aboard the schooner Shenandoah. But after a desperate phone call from the school principal, she doesn’t have a choice. Worse, the ship is rumored to be “haunted.” Five years ago, during the Holmes Hole student cruise, teacher Melissa Smith complained about hearing voices and seeing visions, then disappeared without a trace-from the very same cabin where Rebecca will be staying.

Come on, now, who wouldn’t want to read this? 🙂

I still have not read The Help, even though I bought it sometime between 2010 and 2011.

I’ve always been fascinated by the story of Titanic. In 8th grade we had to do an extensive research project on it and were given the opportunity to experience the Titanic exhibit at the Houston Museum of Natural Science. It was quite chilling to be given a boarding ticket and a real-life person’s identity and at the end of the exhibit to discover your fate.

Michael Dunnagan was never supposed to sail on the Titanic, nor would he have survived if not for the courage of Owen Allen. Determined to carry out his promise to care for Owen’s relatives in America and his younger sister, Annie, in England, Michael works hard to strengthen the family’s New Jersey garden and landscaping business.

Once Upon A Summer

How much more perfect does this get? Streams, fishing poles, summer.

After setting out to save her sister, Anne Crowley finds herself face-to-face with the notorious John Jacks, the son of a ruthless pirate captain. John Jacks thwarts Anne’s every move yet she finds herself attracted to the infuriating pirate.

Determined to find her sister, and resist the charming John Jacks, Anne and her band of pirates must search the high seas for clues to finding her missing sister before she’s lost forever.

Since You’ve Been Gone

I am getting around to this one!

Kristin Hanna – something, anything, maybe a re-read

Same goes for Elin Hilderbrand – at least one book

4 thoughts on “Top Ten Tuesday: Ten Books I Plan To Have In My Beach Bag This Summer”