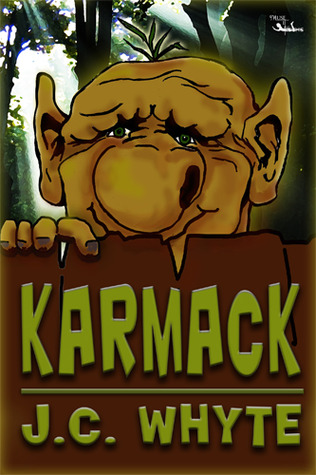 Everyone knows Curtis “Sully” Sullenburg is the toughest kid at Higgins Elementary. For years, he and his gang have tormented students and teachers alike with their pranks. And for the most part, they’ve gotten away with it. But all that changes when a strange little creature appears on the scene. From that point on, pranks start coming back like boomerangs, smacking Sully’s gang right in their fifth grade butts!

Sully is the only one who can see this creature, which he names Karmack. The little guy claims to be a nature spirit whose job is to balance all the bad karma the boys have amassed over the years. Because if Karmack fails, these boys will undoubtedly suffer “dreadful, awful doom”. Just like that kid who shot at crows with his BB gun – one day he crashed his bike into a pigeon coop and emerged as the Abominable Snowman of bird poop! Yeah, that kind of doom.

Sully soon realizes he must save not only himself but his friends from Karmack’s doom, even though they have no idea why they keep getting boomeranged!

Sully, Breeze and Gonzo (also known as Curtis Sullenburg, Matthew Brezinski, and Carlos Gonzalez) were the toughest dudes in fifth grade. Everyone knew these three were definitely trouble. And the worst was Sully, their leader.

Sully is the ringleader, The Big Cheese. There’s none bigger, and he has the whole fifth grade living in fear of his wrath. One wrong look, and you get clobbered.

That is, until one day Sully and his gang are chasing down the squealer. They manage to corner him in the alley at the bank, and just as one of his gang is going in for the clobber, a bunch of snow falls off the roof and hits him. HARD. Sully looks up and sees this…creature.

As the days go on, Sully continues to see this creature around town and at school. Sully isn’t sure why he is the only one who is able to see the little guy, but he is out for blood.

Sully and the creature wrestled on the ground for only a few moments. The creature seemed to realize that fighting a bigger, stronger opponent would be useless. So it shouted, “Leggo, leggo.” And Sully mostly did. Yet he kept one hand clamped around the creature’s wrist so it couldn’t run off.

The boy sat down on a nearby log and pulled the creature before him to take a look at what he’d caught. He saw that it was exceedingly ugly, with a great bulbous nose, beady green eyes, and a very round midsection. Dark green hair sprouted like thick blades of grass from one spot on the top if its head. And its clothes, well…they were really just a bunch of leaves twisted together to form a sleeveless tunic. The creature’s brownish arms and legs poked through the tunic like tree branches.

“You look like a little tree,” concluded Sully. “But I know you ain’t. What are you?”

As if resigning itself to the status of prisoner, the creature looked down and mumbled, “I’s be karmic balancer.”

Karmack is quite nimble and so fast most don’t see him. It’s very rare for anyone to see him, but he’s been sent to balance the karma in Sully’s life…and those of his gang. Their skyscraper of bad tricks is getting to tall and it’s about to come crashing down. That’s Karmack’s job.

Sully goes back and forth with Karmack, and tries to convince Karmack that his behaviors and actions are just practical jokes on others. That’s what Sully keeps telling himself, but Karmack is still the karmic balancer and does his job.

The dialogue between Sully and Karmack is quite humorous, and Karmack warns Sully that one of his friends’ skyscrapers is about to fall. Being a good friend, Sully does everything he can to stop his friends from doing bad things, but eventually the skyscraper comes falling down. Sully knows there is a way to cheat his own skyscraper down, and he’s trying to figure out how to do that.

Even though Sully is turning himself around, maturing, and keeping his nose clean, when a mustache appears on a sentimental photo in his teacher’s drawer and halts the fifth grade field trip, everyone thinks it’s Sully whose done it…and for revenge. Sully makes a choice that changes his fate and his karma.

Sully goes through a lot of personal growth throughout his fifth grade year. He discovers it’s not always fun and games when you’re bullying others. He also discovers the power of love and attraction. He doesn’t know why he likes this one particular girl, but she always makes him smile and do good things.

This is a great book to read for younger, elementary-aged children. It is interesting to see the turn-around in Sully throughout the year, and how he tries to help others and cheat down his own skyscraper by doing good things. 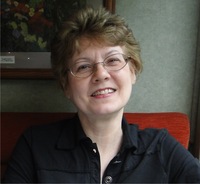 J.C. Whyte discovered her love for writing at the age of eleven when her 6th grade teacher told the class to write a poem about a sport. She knew her classmates would probably choose a popular sport like baseball or football, so J.C. chose to write a funny poem about golf. To her surprise, the teacher really loved it and encouraged J.C. to continue writing. So she did.

Then that summer, students were told to choose 26 books from a reading list, read them and write a book report on each. BLAH! J.C. wanted to enjoy her summer, not spend it reading. Back then, she was a very slow reader and didn’t much enjoy the experience. Plus, kids didn’t have the fun books which are available today. But her wise teacher told J.C. she could write 26 stories instead of reading them. That was genius. J.C. didn’t actually write a full 26 stories, but she wrote at least one which made her teacher laugh out loud in class. And the teacher gave her an “A” on her summer reading assignment. J.C. never forgot that wise and wonderful teacher who let the budding author play to her strengths.

So as a result, J.C. knew at an early age she wanted to become a professional writer. Yet when she reached college, she also understood that writing stories seldom paid the bills. So she got her degrees in Journalism and Communications Management. Then for many years she channeled her creative energies into the field of Public Relations.

Marriage, kids, and several more degrees and occupations later (including stints as a travel agent and paralegal), J.C. entered law school – mostly because of the challenge of writing creative arguments for the court. But while in law school, she became a columnist for the student newsletter, writing humorous pieces on the strange and quirky life of a law student. She was thrilled when one of these articles was chosen for publication in The National Jurist, a magazine distributed to law students throughout the USA.

But after graduating and passing the Bar, J.C. realized within a few years that creative writing was still what made her heart sing. So now, as a grandma, she’s returned to writing for children. And with the publication of Karmack, J.C. has come full circle, back to where her writing journey truly began. .

One thought on “Review: Karmack”