In high school, my theatre teacher required our class to read the play and then watch the film adaptation of Lost in Yonkers. It was a story that stuck with me. So, what’s moxie? Well, I’ll let Uncle Louie explain it.

The characters I selected today are characters who have moxie. They’re spunky. The kids that typically don’t quite fit the mold. They’re a square trying to be forced into a circle cut-out. It just won’t work. They are who they are and they don’t apologize for it.

I would be remiss if I did not include the first character I ever thought to have moxie (of course, after I learned what moxie was). Punky Brewster is one of those characters who is definitely an outside-of-the-box type of person. She’s fun. And funny. Who wouldn’t want to hang out with her?

Right behind, or perhaps hand-in-hand with Punky, is none other than the red-headed freckle face of Pippi Longstocking. She lives in Villa Villekulla with no one around telling her what to do. She is an independent spirit with enthusiasm for the outrageous. She has a horse that lives on her porch and a monkey named Mr. Nilsson.

Huck Finn is one of those characters that never leaves my mind. He often had to use his wits in a resourceful way to get out of scrapes. The moral growth he undergoes by being Jim’s friend and how he stands by him is moxie. He says “screw you, white men, this man is good, and he is my friend” in a time when it was sacrilegious to say something so bold. You’re a good boy, Huck Finn.

Lady Lockwood does not care for her marriage. She does not care so much that her husband has died an ocean away. She’s never met the man. Married by proxy at the hand of her father, she is content to live the secluded life of a widow on her Jamaican plantation and continue life without being bothered. Until Captain William Drake, her brother-in-law, shows up demanding she travel to England to settle the lawsuit he has brought against her father, a prominent figure in the British Navy. Right from the start he is cold and rude. Instead of turning tail and hiding, Amelia immerses herself into ship life. She helps out everywhere she can. You can read more from my review here.

She is a strong, creative, loving and resilient character. She is a problem-solver, even in the face of adversary. She is punished for falling in love. She has a sister that would just as soon stab her in the chest to get what she wants. She is banished to an island as the the Keeper of the dragons. She forgives when the very man at the root of her problems washes up to shore. You can read more of my review here.

I could still hear my father’s voice, cool and cutting. You won’t last a month in Los Angeles. Mark my words, you’ll be back in Oregon before you know it. Well, ha ha on him, I’d lasted two months now. And ha ha on me, because I didn’t know if I could last a third.

Pru is blessed to be invited into Ellen’s home after a devastating fire. It brings Pru out of her shell, out of her comfort zone, and in close contact and quarters with others. She’s starting to like people. Starting to really like Adam. And then her super crazy and domineering parents swoop in and seriously do some cray cray stuff. Pru has to stand up for what she believes in, and for herself, when everything around her is crumbling down and people turn their backs on her. Read more here.

Oh, the journals of May Dodd. May explains how she landed in an asylum – placed there at the hands of her own family. But one day two people show up to the asylum seeking volunteers to lend themselves to the U.S. government as brides for the Indians, in a back-door, hush-hush operation. She signs up and one-ups her snooty family. However, after the first shipment of wives are sent, the government turns their backs on the women. May is left as the wife of the Cheyenne chief, and teach them to survive after the buffalo have gone. You can read more of my review here.

As a character, Alice has many dimensions and facets. She comes from an odd background, and she continues to pay for her father’s transgressions. The man can’t look in the mirror and see the evil that he is, the evil that he’s done – which Alice is a product of. Even in a large city, Alice is on the run from her father and his goonies. She drags Seth and his family and her sister along this path until there is nowhere to run any more. Alice must make a choice, and it could still cost her something even more precious than she’s already lost. My review is here. 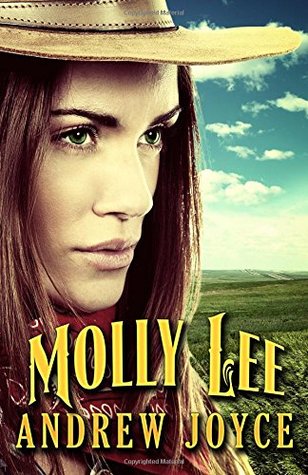 We follow the travails of Molly Lee, starting when she is eighteen and ending when she is fifty-six. Even then Life has one more surprise in store for her. She sets off in search of Huck Finn, who saved her and her family. What she gets is so much more. Molly Lee is a gritty woman who makes no qualms about who she is or what she does. She is not whimsical or romantic. She’s a realist and a hard woman.

Harry has some serious moxie. He never gives up. Not even in the face of death. While he is chasing down and unraveling secrets of the past he simultaneously has to evade or confront Voldemort. His life is nothing in the way of ease. One thing I realized after reading is that Harry pretty much tries to do the right (and moral, just) thing even in the face of adversary. The world needs more people like him.