Welcome to my tour stop for This Heart of Mine by Brenda Novak.  The tour will consist of reviews, excerpts, interviews and guest posts and runs March 16- April 7th. Check out the tour page for more information.

As the daughter of a hoarder, Phoenix Fuller had a tough childhood. So when the handsome, popular Riley Stinson became her boyfriend in high school, she finally felt as though she had something to be proud of. Phoenix was desperate not to lose him—especially once she found out she was pregnant. Yes, she might have acted a bit obsessive when he broke up with her. But she did not run down the girl he started dating next!

Unfortunately, there was no way to prove her innocence. Now, after serving her time in prison, Phoenix has been released. All she wants to do is return to Whiskey Creek and get to know her son. But Jacob’s father isn’t exactly welcoming.

Riley doesn’t trust Phoenix, doesn’t want her in Jacob’s life. He is, however, ready to find someone to love. And he wants a good mother for his son. He has no idea that he’s about to find both—if they can forgive the mistakes in their past…

He must’ve been told she was a troublemaker when she didn’t get out.

Although that day had been one of the darkest of her whole life, Phoenix shrugged so he wouldn’t have to know it. “Not too bad. Anyway, I’d like to see you pitch sometime, if you wouldn’t mind having me at a game. She waved a hand before he could respond. “I’ll sit on the visitors’ side, so don’t worry about that.”

Confusion created lines in his forehead. “Why would you sit on the visitors’ side?”

Because she couldn’t imagine he’d want a mother who’d been in prison for murder showing up where people might recognize who she was and connect them. “I’d rather not cause a stir.”

And quite a stir she causes, regardless of trying everything she can not to.

Phoenix is back for two reasons: Whiskey Creek is where her son is, and where her dysfunctional and handicapped mother is. It’s not a hell of a lot to come back to, but Phoenix wants to try to forge a relationship with her son before he graduates and goes off into the world. She has spent his entire life in a prison, and only seen him through a couple of photos sent throughout all those years.

Phoenix knows Jacob’s father holds all the power. Riley, the boy she loved as a teen, has grown into a strong and stable man who has fully embraced his role as father. And that’s just the problem: how will she be received by them? By the town? Not that she wants anyone to know she’s back. Surely not the Mansfields. Even though she’s served her time, some people never see that as enough. It will never bring back the Mansfield girl that died seventeen years ago.

Phoenix maintains she’s innocent, but has no way to prove it, just like she didn’t seventeen years ago when the case went to trial. Penny Sawyer was the only other person in the car that day. She lied on the stand and then disappeared from Whiskey Creek. None of that really matters to Phoenix. She just wants to get to know her son, and to do that she has to be as non-threatening to Riley as possible. She is the epitome of politeness.

I cannot say I, after serving seventeen years in prison for a murder I didn’t commit, could look my child’s father in the eye and be the submissive and polite person that Phoenix is. Not after his family, the town and the prosecutor made Phoenix out to be an obsessive girl out to get revenge. She’s made out to be a predator, almost, in not getting what she wanted, and Riley was glossed over as being the good boy of a good family finally doing the good thing in ditching the non-conformist, problematic Phoenix.

Throughout the novel Phoenix apologizes again and again in different ways, bringing up slightly different aspects of their past and turns things in on herself. She does everything possible to excuse Riley from it all because they were so young, and every time one of those conversations cropped up it broke a little piece of my heart because she did love him. The man she loved sent her to prison, and she’s apologizing to him and taking the full brunt of the responsibility and blame. That’s the kind of person Phoenix is.

Unfortunately, no one ever sees that. No one except her dysfunctional hoarder mother who is full of phobias that she doesn’t even leave her trailer, and Riley. As Riley interacts more with Phoenix because of Jacob, who is the best kid in the world and Riley did a fantastic job raising him, he starts seeing the Phoenix he always say and knew, and the one that no one else ever gave the time of day to.

Riley thought of all the money she’d sent over the years, and the cards and letters for Jacob. Jacob got the best of whatever she had. Riley had once chosen to view that as manipulative, but he was beginning to see her attempts to reach her son in an an entirely different light.

Riley figures it out and pin points the reason Phoenix does everything to always take a step back and away from everyone, leaving the choices to them and trying her best not to make them uncomfortable or cause a scene: She tried hard not to expect anyone to love her…because no one really has.

Except Riley. Everyone thought it was an infatuation, a teenage crush. But now that he’s older, he knows it was so much more than that. And he let them send her to prison.

It’d been so long – and never, in all that time, had she wanted anyone else.

There is a lot to be said about guilt. It is something that can eat you alive, and it is something Riley faces in more ways than one when Phoenix comes back. It brought back all of those feelings – on both sides – from their teenage days, and as hard as Phoenix tries to tamp them down and excuse Riley from it all, the more it breaks and weighs on Riley.

The waterworks did come on, quite a few times. Phoenix’s return to Whiskey Creek is a good thing for Jacob and her mother, and Riley’s circle of friends do their best to be kind to her, but it is made very clear to Phoenix that she is not wanted in Whiskey Creek. It becomes unsafe for her, and no one else will step up to help her.

No one except the only person in Whiskey Creek that ever has. 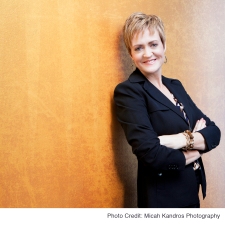 New York Times and USA Today Bestselling Author Brenda Novak has penned over 45 novels. A two-time Rita nominee, she’s won The National Reader’s Choice, The Bookseller’s Best, The Bookbuyer’s Best and many other awards. She runs an annual online auction for diabetes research every May at www.brendanovak.com. To date, she’s raised over $2 million. Brenda considers herself lucky to be a mother of five and married to the love of her life.

12 thoughts on “Review + Giveaway: This Heart of Mine”