The author I’m featuring today is one who I have had such a great blogger-author relationship. I reviewed her Tallenmere series in the spring, and I loved the final book. You can read the reviews for the books here, here and here. This is her second guest post on G1000W, and I love having her over!

She is part of September Sizzlers and I am so glad to have the sweet Mysti Parker here again. 🙂

Let’s Get it On: Love Scenes from One Author’s Perspective

“…way too much explicit sex in this book.” 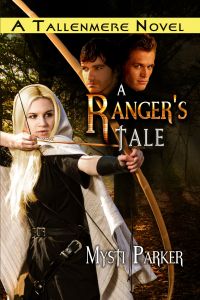 Above are two conflicting statements from two different readers concerning the love scenes in my first book, A Ranger’s Tale. As with every aspect of fiction, love scenes are subjective for both author and reader. Opinions and preferences vary widely. From no mention of physical affection to no holds barred, writers and readers reside all along the spectrum.

Readers are generous with their opinions of sex in literature. Yet, we don’t often hear much from the author’s side of things. So, let’s explore this topic with a question I was once asked:

How can you, as a Christian woman, justify writing graphic love scenes?

I have it on good authority, being a mother of three, that Christian people have sex. They have sex both in wedlock and outside of wedlock. Sometimes they have good and healthy sexual relationships. Sometimes they don’t. Sex (whether it’s good, bad or non-existent) is an important aspect in an adult’s life, whether they’re Christian or not. I see no reason to gloss over it. 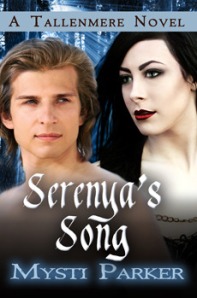 Most Christians will agree that God ordained sex as a beautiful thing in the Bible. And many of them will argue that it’s meant to be left a private and holy thing between man and wife, and therefore should not be mentioned in books. Quite honestly, an all-out omission of sex in adult literature seems as forced as the archaic traditions of chastity belts.

Elsewhere in the Bible are depictions of sex in both lovely and manipulative situations. And I’m left with the impression that although God did mean sex to be a special, beautiful thing, we as humans often screw that up (forgive the pun). The compilers of the holy text left both the good and bad encounters intact. Look up the story of Lot and his daughters if you’re not convinced.

I do have my personal limits. I don’t write a story solely to titillate a reader, rushing through the plot to get to the sex. Instead, it’s part of how they interact. Sometimes it’s joyous and wonderful, sometimes it’s not very pretty—just like real life. My heroes and heroines are flawed, passionate about many things, and face consequences when they make bad decisions. Even though they might not be human, you’ll find their struggles both in and out of the bedroom to be very real. My intimate scenes tend to swim in the shallows of eroticism with enough detail to make it vivid, but not so much that we can identify our hero’s penis in a lineup. *ahem* I think I’ll keep leaving room for the reader’s imagination to fill in those parts.

My series is written for adults who understand sex and the joys and consequences it can bring. They are complex stories with heavy themes, and if you’re not seeing past the lovemaking, you’re missing the boat. The Hunger Games, for instance, isn’t just a story about kids killing each other for a sick TV show, but if you only look on the surface, that’s what you’ll see. There are real messages in there of unconditional love, sacrifice, and standing up for what’s right. I hope readers walk away with similar messages when they close one of my books.

Your personal preference as a reader or writer may vary greatly from mine. But, however you like your romance, or don’t, I hope that at least this author’s philosophy has been enlightening. And, if and when you read your next romance novel, I hope you’ll walk away with something more than the need for a cold shower.

Mysti Parker (pseudonym) is a wife, mother of three, author, and shameless chocoholic. She is the author of the Tallenmere standalone fantasy romance series. Her writing has been likened to Terry Goodkind’s ‘Sword of Truth’ series, but is probably closer to a spicy cross between Tolkien and Mercedes Lackey.

When she’s not writing, Mysti reviews books for SQ Magazine, an online specfic publication, and is the proud owner of Unwritten, a blog voted #3 for eCollegeFinder’s Top Writing Blogs award. She resides in Buckner, KY with her husband and three children. 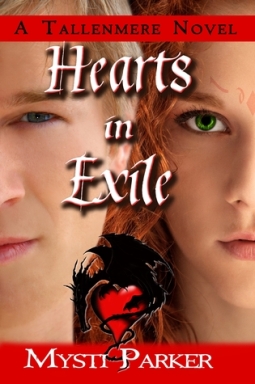 Journey to Tallenmere for Breathtaking Fantasy and Unforgettable Romance … it’s fantasy with a heart!