To follow the tour for How to Date Dead Guys, please see the tour schedule.

College sophomore Emma Roberts remembers her mother’s sage advice:  “don’t sleep around, don’t burp in public, and don’t tell anyone you see ghosts”.  But when charming Mike Carlson drowns in the campus river under her watch, Emma’s sheltered life shatters.

Blamed for Mike’s death and haunted by nightmares, Emma turns to witchcraft and a mysterious Book of Shadows to bring him back.  Under a Blood Moon, she lights candles, draws a pentacle on the campus bridge, and casts a spell.  The invoked river rages up against her, but she escapes its fury.  As she stumbles back to the dorm, a stranger drags himself from the water and follows her home. And he isn’t the only one.

Instead of raising Mike, Emma assists the others she stole back from the dead—a pre-med student who jumped off the bridge, a desperate victim determined to solve his own murder, and a frat boy Emma can’t stand…at first.  More comfortable with the dead than the living, Emma delves deeper into the seductive Book of Shadows.  Her powers grow, but witchcraft may not be enough to protect her against the vengeful river and the killers that feed it their victims.

Inspired by the controversial Smiley Face Murders, HOW TO DATE DEAD GUYS will ignite the secret powers hidden deep within each of us.

GOOGLE IMAGE MIGHT BE MY FAVORITE THING ON THE INTERNET

The only thing I don’t like about Google Image is that every time I look up anything, I see somebody’s breasts. Sometimes a hot pink bra bursting with breasts. Now, some people may enjoy this, but not me.

The best thing about Google Image is the easy access to great quotes.

Emma Roberts, the main character of How to Date Dead Guys, uses a quick-erase board to express suppressed feelings. Although her quotes tend to be from dead people, I am not so particular. 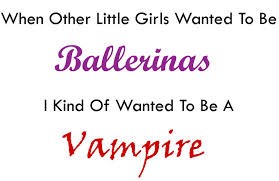 Figure 2: I’d like to meet the person who thought this.

I never wanted to be a ballerina. Not even as a child. I fell down more than the average kid. Fainted in choir. Tripped up the school stairs, scattering folders everywhere. Rammed my bike into electric poles and garden fences.

Although the Anglo-Saxon meaning of the name “Ann” is “graceful”, that adjective never applied to me. Personally, I prefer the German meaning of “Ann”: “NAME OF A KING”. Now, that’s a title I could get used to. 

Back to the quote: I never wanted to be a vampire, either. (I’ll leave that for Bella Swan.) I did want to be a dentist, actress, physical therapist, human doctor, Jane Goodall, Hermione Granger, Lucy Honeychurch, and Winona Ryder (before the shop-lifting). Eventually, I settled down as a Veterinarian and a Writer.

The after-effects of being bullied through junior high and high school still hinder Emma at the beginning of her college career. Personally, I don’t think the long-term effects of bullying are fully appreciated. It can take years to develop self-confidence after it has been stolen away. As with many things, this is easier said that done. But it’s never too early to stop listening to mean things that have been yelled across a playground, typed into a computer, or whispered into your ear.

Don’t let the haters win.
Just pray they step on Legos in the dark.
Then move on.

Figure 4: Forget that “nothing personal” part, because it IS personal.

I’m no fashion goddess, but even I can appreciate this next quote:

Figure 5: Life is too short for a lot of things.

Emma doesn’t wear boring clothes. At least, not in her opinion. Her mother and dorm roommate might disagree. Or perhaps they would simply complain that she “dresses like a boy”. I don’t agree with their opinion. For example, I love Emma’s purple Converse low-tops.

Although it’s not true that “you are what you wear”, the fabric that hangs on your body does lead others to develop an impression of the type of person you are. Which mean that it’s your choice to either express yourself or hide behind what you wear. 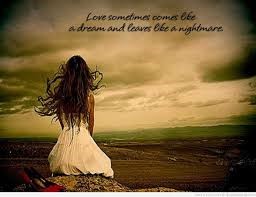 Emma meets Mike at a party, develops a crush, but before she can even decide if the feeling is mutual, he drowns in the Chippewa River.

Talk about a downer…

A story of girl meets boy, girl loses boy, girl raises him from the dead instead.

And understanding what love really means is one of Life’s (or, in this case, Death’s) greatest lessons.

By raising dead guys from their watery graves, Emma comes alive herself.

She takes charge, takes chances, and falls in lovethis time for real.

I challenge you to do the same. 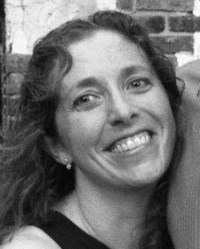 My to-do list dictates that I try to cram 48 hours of living into a day instead of the usual 24.  I’ve chosen a life filled with animals.  I train for marathons with my dog, then go to work as a small animal veterinarian, and finish the day by tripping over my pets as I attempt to convince my two unruly children that YES, it really IS time for bed.  But I can’t wait until the house is quiet to write; I have to steal moments throughout the day.  Ten minutes here, a half hour there, I live within my imagination.

Like all busy American mothers, I multi-task.  I work out plot holes during runs.  Instead of meditating, I type madly during yoga stretches.  I find inspiration in everyday things:  a beautiful smile, a heartbreaking song, or a newspaper article on a political theory.  For example, a long drive in the dark listening to an NPR program on the SMILEY FACE MURDERS theory made me ask so many questions that I wrote HOW TO DATE DEAD GUYS to answer them to my satisfaction.

I’d love to have more time to write (and run, read, and sleep), but until I find Hermione Granger’s time turner, I will juggle real life with the half-written stories in my head.  Main characters and plot lines intertwine in my cranium, and I need to let my writing weave the tales on paper so I can find out what happens next.

There are 15 prizes up for grabs! Click here to enter the Rafflecopter giveaway!

In addition, there is also a Goodreads Book Giveaway!

How To Date Dead Guys

See the giveaway details
at Goodreads.