For all stops on the tour, please hop on over to the tour schedule. 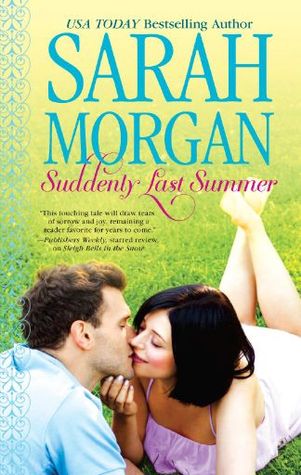 Fiery French chef Élise Philippe is having a seriously bad day. Not only have the opening day plans for her beloved café fallen apart, but Sean O’Neil is back in town, and looking more delectable than ever. Last summer, they shared an electrifying night together…and the memories have Élise really struggling to stick to her one-night-only rule! Her head knows that eventually Sean will be leaving, so all she can do is try to ignore her heart before she spontaneously combusts with lust.

Being back in Vermont—even temporarily—is surgeon Sean O’Neil’s worst nightmare. For Sean, returning home to the Snow Crystal Resort means being forced to confront the reasons and the guilt he feels about rejecting his family’s rural lifestyle years ago. But discovering that Élise has settled in Vermont and still sets his blood racing is a very welcome distraction! Thinking he can persuade her into a replay of last summer is tempting, but remembering how good they are together is going to make walking away more difficult than he could imagine…

This novel focuses on Sean O’Neil, the outsider in his family, and Elise, the passionate and loyal French woman forcing herself to continue after Paris and all of the bad memories, set on Sean’s Vermont family resort, Snow Crystal, which has been handed down for a few generations.

Sean’s twin, Jackson, is running Snow Crystal with his hot-shot PR fiancee and with the help his mother and Elise in the kitchen, and brother Tyler and friend Brenna with outdoor activities and programs, all under the supervision of grandpa Walter. Snow Crystal is just getting back on its feet after years and years of financial instability and almost ruin. There’s improvement, but Snow Crystal is not quite in the clear yet.

Elise believes strongly in family and the amazing bonds of the O’Neil family and loves them with everything she is because they welcomed her and made Snow Crystal her home after leaving Paris with Jackson, who she is utterly devoted to. When things don’t pan out for the newest attraction at Snow Crystal- a boathouse cafe – in time for the grand opening, Elise’s misery is palpable. After all Jackson and the O’Neils have done for her she has let them down, and Snow Crystal might be at stake. For her and the O’Neils it is home. Worse, Sean is back at Snow Crystal, a place that causes him nothing but grief and guilt.

Sean and Elise think they are alike in the sense that they are committed to not having romantic relationships. One encounter, gone before dawn is the motto they both adhere to. For Elise, it is a protective measure, and for Sean it’s the easiest thing that doesn’t interfere with his work as a surgeon.

Until a medical emergency prompts Sean’s immediate return to Snow Crystal. He and Elise are very comfortable in each other’s presence, not awkward in the least after spending a night the previous summer together. This surprised me, as I thought there would be some awkwardness, but they are both such forward-minded people, set and determined, that it’s not even an issue. In fact, she even gets Sean to open up a little about his life and his feelings, which once fully revealed, are strong reasons for staying away from Snow Crystal, and they have nothing to do with her, and everything to do with the men who ran Snow Crystal before Jackson.

Elise needs somebody to finish work on the boathouse, and Sean volunteers. Elise is trying to encourage Sean to have a much needed, and much past due, conversation with the one person who keeps him away from Snow Crystal. The novel progresses with Sean intermittently coming back to Snow Crystal to check in on the medical aspect, and also to continue having conversations (of the verbal and physical kind!) with Elise…except neither of them are a two-night kind of person. It scares the hell out of Elise and it takes longer to dawn on Sean. Elise is very good at deflecting Sean’s inquisitions into her personal history and walking away, so well that, once knowing why, it was painful to see. She is such a fabulous, kind, loving person, and it was almost like she was cutting off a limb by denying Sean access and insight into her life. Eventually though, things come to a head and it leaves Sean in a state. Sean realizes that he and Elise are not quite the the same one-of-a-kind as he previously thought.

This leads to a few revelations for Sean, along with the help of some of the O’Neil clan, and a series of events that forces Elise to come to terms with her past.

I enjoyed this book tremendously, and want to see more of the O’Neils, but I have to confess something: I hate the cover. After seeing the depth of Sean and Elise individually, this cover does not represent either of them. If there were a second book, perhaps it would represent them then, after the events of this book end, but about 1/3 of the way in to the book I started getting really bothered by the cover.

USA TODAY bestselling author Sarah Morgan writes hot, happy contemporary romance and her trademark humour and sensuality have gained her fans across the

globe. She has been nominated three years in succession for the prestigious RITA© Award from the Romance Writers of America and has won the award twice, in 2012 and 2013. RT Book Reviews has called her ‘a magician with words’ and she has made numerous appearances in their ‘Top Pick’ slot. Sarah lives near London, and when she isn’t reading or writing she loves being outdoors, preferably on vacation so she can forget the house needs tidying. She loves chatting with readers by email and on Facebook and Twitter. More information can be found on her website.

Second prize is Sleigh Bells in the Snow, Suddenly Last Summer and a bookmark.