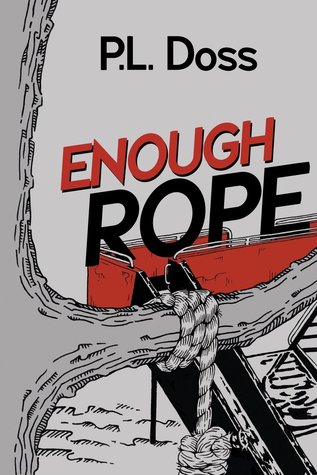 During an early morning jog, Atlanta attorney Tom Halloran discovers the body of his friend and colleague, Elliot Carter, hanging from a tree in Piedmont Park. Even worse, the private and dignified Carter is grotesquely dressed in women’s clothes. Halloran is convinced that Elliot’s death is murder, not a tragic accident of autoerotic asphyxia-gone-wrong. But the medical examiner’s investigator, Hollis Joplin, is skeptical. He knows how difficult it would be to fake that kind of death, and he’s seen too much in his years on the Atlanta streets to be surprised by what people are capable of doing—to themselves or others. Then two more people die, and the clues lead back to a twenty-year-old kidnapping. The under-staffed Atlanta PD can’t give the case attention unless Carter’s death is ruled a homicide, so Joplin, with an eidetic memory that allows him to recall in three dimensions everything he’s seen, sets out to investigate it himself. Piece by piece, he and the relentless Halloran unravel a tale of greed, revenge, and family secrets—and put themselves right in the crosshairs of a calculating and ruthless killer.

I did it. I judged this book by its cover – P.L., get a snazzy cover! – and was I ever in for a surprise! From page one I got up in this mystery with Hollis Joplin and Tom Halloran. It seemed that with every page I turned the mystery of the murders became more complex and the plot thickened. I could not put this book down at all. Any spare moment I got, I was reading this book – even at stoplights to and from work. Sometimes I’d even avoid taking the highway and instead take the service road filled with lights just to get in a few more minutes of reading (thankfully it’s only a few exits to my house!).

When Hollis arrives at the scene of Elliot’s death he tells Halloran that no matter how well you think you know a person, you don’t know them all that well, which is the big idea that leads Halloran through most of the book.

The novel follows a few of the characters, primarily giving insight into the murders and furthering the development and formulation of solving the murders. The novel follows both Joplin and Halloran, and even for a brief moment the new pathologist intern Carrie, who works alongside Joplin’s best friend Jack, conducting autopsies. Halloran is out “playing detective” as Joplin calls it, and eventually shares all of his information with Joplin, but at one point he overplays his hand – and that’s when things start spiraling. Despite that, he and Joplin are in it together to solve the string of murders – and predicting who will be next.

Pictures from long ago resurface – pictures that Joplin’s Chief has seen before when working on a kidnapping twenty years ago, and pictures that Elliot Carter’s wife took to a private investigator. The pictures are an odd twist, but ultimately what helps both Joplin and Halloran put the pieces together.

Joplin and Halloran both set their sights on one particular suspect who is very close to Elliot’s wife. Then Halloran discovers a curve ball, and he and Joplin are left with two prime suspects, but they’ve got a hard judge who won’t grant a search warrant based on what they’ve got, so they riddle it out some more. This is when the two align exactly in concluding who the murderer is and determining the motive. Joplin figures it out first and decides to catch the murderer alone before he/she can strike again…except, he didn’t quite bargain for what he got.

There is a definite focus on prestige, money, appearance and reputation in this book. There is a lot said about Elliot’s wife, Anne, and the circumstances of their marriage, birth of their only child, and recent separation.

I thought I was figuring things out on my own, and knew who the killer was, but I was wrong. I never would have even suspected the killer, not in a million years.

This was a thrilling and wonderfully written murder mystery read, and I would highly recommend it to anyone who enjoys mysteries. 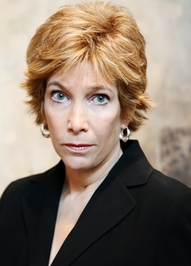 While completing a Master of Science degree in Criminal Justice at Georgia State University, P.L. Doss served a graduate internship at the Fulton County Medical Examiner’s office. Assigned to the investigative division, she discovered how important the duties of the investigators were in helping the forensic pathologists determine the cause and manner of death. She was also able to observe the autopsies—an experience that proved to be invaluable in toughening her up for her career in law enforcement, first as a volunteer analyst in the Missing Children’s Information Center at the Georgia Bureau of Investigation, and then as a probation officer and supervisor of officers at the Georgia Department of Corrections. She currently lives in Atlanta.