These are all releases from Diversion Books.

You think your team is bad?  In this landmark work on one of the most tortured franchises in baseball, one reporter discovers that nine innings can feel like an eternity.In early 1973, gonzo sportswriter Mike Shropshire agreed to cover the Texas Rangers for the Fort-Worth Star-Telegram, not realizing that the Rangers were arguably the worst team in baseball history. Seasons in Hell is a riotous, candid, irreverent behind-the-scenes account in the tradition of The Bronx Zoo and Ball Four, following the Texas Rangers from Whitey Herzog’s reign in 1973 through Billy Martin’s tumultuous tenure. Offering wonderful perspectives on dozens of unique (and likely never-to-be-seen-again) baseball personalities, Seasons in Hell recounts some of the most extreme characters ever to play the game and brings to life the no-holds-barred culture of major league baseball in the mid-seventies. 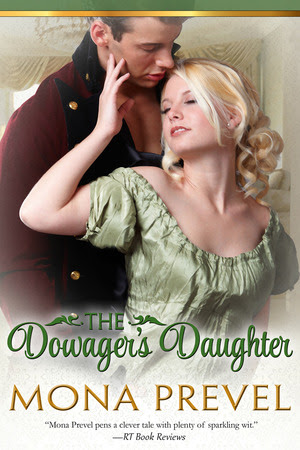 Affairs of the state will soon give way to affairs of the heart.Althea Markham shoulders many burdens of being an unattached countess—wading through the collection of gold-diggers and rogues to find a suitable husband, providing her family with a male heir, and most of all, protecting her mother, who tends to acts more debutante than dowager. As she sneaks away for illicit meetings with a mysterious stranger, Althea is determined to unveil his identity—and his intentions.Desperate to escape from beneath the shadow of his older brother, John Ridley takes part in a daring game of espionage against the French. Posing as a smuggler, he engages with the charming Celeste Markham. But despite her winsome allure, it is her daughter, Althea, who seizes John’s attention.As affairs of the state give way to affairs of heart, John must convince Althea that she can trust him with her future, and her love.

Widely considered to be one of the greatest minds in the history of the game, Bill James has changed the way we think about the sport of baseball. In this chronicle of field generals, strategists, and occasional cannon fodder, James writes with piercing insight about the men who hold what may be the most important spot in the dugout.

Newsweek once called him “The guru of baseball,” and Bill James, for nearly forty years, has led the vanguard of how we measure the game. From Sabermetrics to his Baseball Abstracts, James has influenced even the casual fan all the way up to the top brass. Somewhere in the middle of that spectrum, however, is the manager, and Bill James has penned a guide on some of the most innovative and renowned men to ever hold that position.

Some of the game’s greatest managers have been Hall-of-Fame players who put down a bat and picked up a lineup card: Frank Robinson, Mel Ott, Joe Cronin, Tris Speaker, Rogers Hornsby. Others have achieved greatness from their ability to assemble legendary teams: Billy Martin, Tommy Lasorda, Connie Mack, Joe McCarthy, Dick Williams, Leo Durocher. Here, Bill James explores the history of the manager, and its evolution from 1870-1990, in a decade-by-decade chronicle, examining the successes, the failures, and what baseball fans can learn from both.

The Bill James Guide to Baseball Managers is a thought-provoking, entertaining, and seminal guide to a vital part of the national pastime, written by one of its most groundbreaking iconoclasts.

To move on from her past, an extraordinary girl must tear down the walls she has built to protect herself.

Mackenzie Douglas seems to have it all: good looks, a great boyfriend, a passion for biking, and a little sister who worships her. But under the veneer of perfection lie the emotional scars of her childhood, inflicted by her father. Though her memories have faded with time, the wounds on Mac’s subconscious remain.

Having vowed to never be a victim again, Mac focuses on a journey she’s always wanted to take: a summer bike trip on her amazing new RoadCap bike. But as the excursion finally gets underway, memories Mac long ago buried start to claw their way back to the surface, forcing her to confront a past she has done everything she can to forget.

To prevent her sister from enduring the same trauma, Mac must let go of everything in which she’s found refuge. To break a cycle that needs to be broken, Mackenzie summons her strength and risks shattering the world she has so carefully built, exposing hidden secrets, long-told lies, and a horrific crime.

When knowledge is power, every bit of information can be a lethal weapon.

September 11th changed everything. The US Patriot Act has given the UK/USA treaty countries free reign to use their echelon surveillance program to monitor every spoken or written word transmitted throughout the world. In the wrong hands it could bring down governments and threaten the safety of millions.

Ex-navy operative and investigative journalist Lachlan Fox has information hinting at the true reach of echelon, and he is starting to suspect someone is ruthlessly trying to access its power.

Can he uncover the answers before the course of history is altered forever?

As featured on Slate, for the first time in eBook edition comes a science fiction classic that is at once eerie and prescient, wildly entertaining and ferociously intelligent.  Winner of the Nebula Award, the Hugo Award, the Locus Award, and one of the most acclaimed writers in science fiction, Ursula Le Guin’s classic novel The Lathe of Heaven imagines a world in which one man’s dreams can change all of our realities.In a world beset by climate instability and overpopulation, George Orr discovers that his dreams have the power to alter reality. Upon waking, the world he knew has become a strange, barely recognizable place, where only George has the clear memory of how it was before. He seeks counseling from Dr. William Haber, a psychiatrist who immediately understands how powerful a weapon George wields. Soon, George is a pawn in Haber’s dangerous game, where the fate of humanity grows more imperiled with every waking hour. As relevant to our current world as it was when it won the Locus Award, Ursula Le Guin’s novel is a true classic, at once eerie and prescient, wildly entertaining and ferociously intelligent.

The lure of intrigue leads a young woman down a path of danger and into the passionate embrace of a daring stranger.

Bored with the dull suitors and shallow admirers of London, Anne Westin sets out for New Orleans in search of a new kind of man. She finds what she’s looking for in the form of a brave stranger who helps a family of slaves escape—before pulling Anne into the shadows to steal a kiss.

Lucien Delocroix, the careless, lazy son of a wealthy plantation owner, is more concerned with the cut of his coats than the running of his estate. And yet, Anne knows there is more to the charming dilettante than meets the eye, and that he’s willing to risk everything for what he knows to be right.

Swept into the secret life of a daring rogue, Anne finds herself drawn to the excitement of danger—and the fervor of passion.

How much weight is too much for one romance to bear?

When Kate Richards, the effervescent host of television’s KidFit and the author of kid-friendly diet cookbooks, runs into Jack Moskowitz at a dog park, sparks fly. He’s attractive, charming, and single. She has no idea that he’s also the one man who could cost Kate her career–the CEO of Considerable Carriages, a company that profits from childhood obesity.

Jack knows exactly who Kate is, though. She tore his company apart on television only the day before! Seeing an opportunity, Jack starts digging up dirt on his nemesis, to put her crusade on ice once and for all. But the more time the two spend together, the more his lie—and his feelings for Kate—spiral out of control.

When Jack and Kate try to tip the scales of romance it brings chaos, heartbreak and hilarity and more than a few laps around love’s track.

Meet Britt Montero, a crime reporter for a major Miami newspaper. She practically sleeps with a police scanner by her bedside. She’s smart—and reckless—enough to pursue a story no matter where it takes her.

When a high-speed police chase leads to the death of a black football hero, Britt discovers that what seems like a cut-and-dry case is actually an intricate web of racially charged violence. As the city she loves explodes into a major riot, Britt is caught-up in life-threatening events that bring the case to its shocking twist.

One thought on “April Releases from Diversion Books”