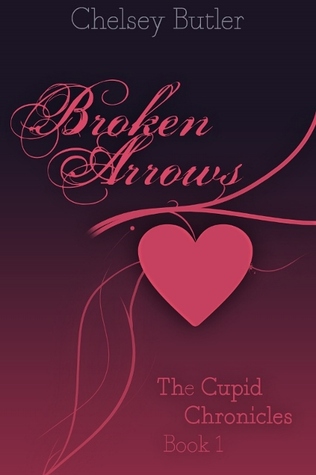 Cari Harris lives what should be a charmed life. She owns a quaint bed and breakfast in a charming southern town, is surrounded by loving friends and family, and possesses magical powers. Most of the residents in Fable, GA, are descended from mythical creatures straight out of fairy tales, and Cari is no exception. As a descendent of Cupid, she has the ability to see when two people are soul mates and the power to make sure they fall in love. However, this power is sometimes more of a curse than a blessing, because Cari is also the town screw up. While hosting a murder mystery weekend at her inn, she tries to match a young couple and makes a huge mistake. Now she must fix her mistake before the guests leave at the end of the weekend, all while making a bigger mess of things along the way, in her typical fashion. As if Cari didn’t have enough to worry about already, her old boyfriend just moved back to town. Years ago, she forced herself to stop thinking about Mike, but now that he’s back, there is no avoiding him. It’s a small town and she keeps running in to him, no matter how much she hopes to avoid it. When she stumbles across some unexpected secrets, and Mike helps her with her current matchmaking dilemma, all of her feelings from the past come flooding back.

This book is a light, sweet read about a small town that’s…special. Fable, Georgia is a magical town that outsiders can feel is different. All of the residents are descendants from the mythical fairy tale creatures, like Cupid and the Tooth Fairy.

Cari is a Cupid – she knows when two people are meant to be together, and she has the ability to get them together…but she is notoriously known as the town screw up – and for good reason. She has made many mistakes – and she makes yet another one, on grand scale. Not only that, but she just got a ticket from her high school sweetheart, who has moved back to Fable.

She recently bought a bed and breakfast, and to keep money coming in during the off-season, she’s arranged the first murder mystery weekend. Each guest has a character role to play, and she’s hired two local actors to also help out. The first night, Cari sees a match between two of her guests – only problem is that one came with a significant other, which complicates things. Cari gives them a love potion – but the woman hands it off to another guest!

Cari must spend the weekend undoing the mistake, but things are moving forward fast. That night there’s a fight, the cops are called, and Cari comes face to face with Mike.

Cari is unprepared for Mike’s return. She doesn’t like the small town gossip that’s already started, especially because of the ticket he gave her, and it’s a little too much, too fast.

In an attempt to discover more information about her Cupid abilities and what she should do, she rummages through her father’s desk and finds a journal, a record of all of his matches. She and Mike are in that journal.

The book ends on a slight cliffhanger, in a good way. I see good things coming Cari’s way, but some of the things she discovers in the novel make me nervous. Her father made a false match, and I feel more of that will be revealed in a future book. This book has a unique premise that has a little magic in the mix, set in a charming small town, and is a light and simple read. Sweet characters all around. 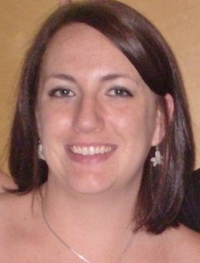 Chelsey Butler was born and raised near Fort Worth, Texas. She still lives in north Texas with her husband and four daughters, but she rebels against the Texan stereotype. She loves God, her family, and all things involving books, and is a self-proclaimed nerd, a history buff, and vintage enthusiast. She also writes young adult fantasy under the name S.G. Tillery. Chelsey loves hearing from her fans and encourages them to find her on Facebook.