I have not seen many other bloggers doing this, and I don’t know how much of a draw or need readers have of knowing what’s coming out, but I thought I’d share this information anyway. I recently saw Katie do this same thing over on her blog, and she asked the question: Is this something readers want?

Let me know what you think. These are all releases from Curiosity Quills Press. 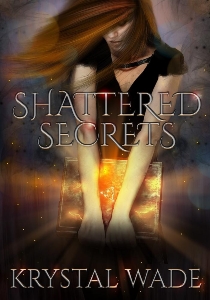 After being kidnapped, hogtied, and stuffed in the trunk of a car, seventeen-year-old Abigail Nichols’ boy problems seem unimportant.
She couldn’t be more wrong.

The boy who saves her holds her heart.

Magical beings who guide human emotions are fighting an invisible war dating back to the dawn of time, and Abigail’s one of them. The more she learns of her heritage, the less she wants to know. Armed with a very old, very massive book to teach them about their history, Abigail and Derick run away to a place where they think they can be safe and happy, only to have their troubles secretly hitch a ride.

Her history book is in a sharing mood, and it tells her to keep a secret of her own.

But has she put her trust in the wrong place?

And will the world survive if she has? 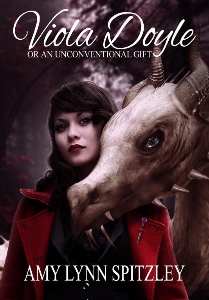 Riding her bicycle at a speed no proper young woman would attempt, letting her hair fly free, conversing with statues of long-dead heroines—these are all par for the course for Viola Doyle, much to her mother’s chagrin.

Keeping her newfound magical pin safe from those who would use it to unsavory ends and dealing with a handsome young historian takes quite a bit more effort.

And then, of course, there is the dragon.

To save herself and those she loves, it is up to Viola to become her own heroine, or suffer a terrible fate… 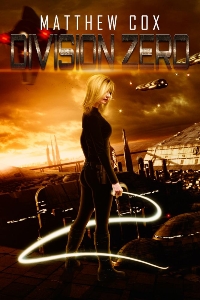 Most cops get to deal with living criminals, but Agent Kirsten Wren is not most cops.

A gifted psionic with a troubled past, Kirsten possesses a rare combination of abilities that give her a powerful weapon against spirits. In 2418, rampant violence and corporate warfare have left no shortage of angry wraiths in West City. Most exist as little more than fleeting shadows and eerie whispers in the darkness.

Kirsten is shunned by a society that does not understand psionics, feared by those who know what she can do, and alone in a city of millions. Every so often, when a wraith gathers enough strength to become a threat to the living, these same people rely on her to stop it.

Unexplained killings by human-like androids known as dolls leave the Division One police baffled, causing them to punt the case to Division Zero. Kirsten, along with her partner Dorian, wind up in the crosshairs of corporate assassins as they attempt to find out who – or what – is behind the random murders before more people die.

She tries to hold on to the belief that no one is beyond redemption as she pursues a killer desperate to claim at least one more innocent soul – that might just be hers. 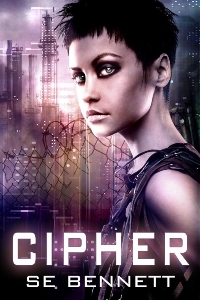 Cipher Omega is sixteen years old and a failed experiment. She is an identical clone of the brilliant, damaged woman whose genome the scientists of the Basement were trying to copy and improve. Without the modifications they wanted, she isn’t just worthless: she’s a liability, a ticking time bomb of instincts and human weakness. All her life she has dreamt of the freedom of life outside the laboratory, on the surface world, but when her home is destroyed and she’s left the only survivor of a hundred-year human cloning project, she is forced to face the reality of the military-ruled nation that created her. Aided by the only other surviving child of the Basement, an enigmatic solider named Tor, and two rebel journalists named Bowen and Oona Rivers, Cipher finds herself searching for answers in the wreckage of a once-great city. When the time comes, will she be able to chose between freedom and love? 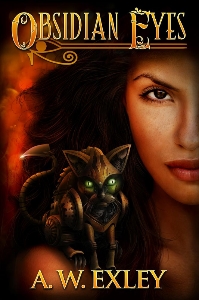 1836, a world of light and dark, noble and guild. The two spheres intersect when seventeen-year-old Allie Donovan is placed at the aristocratic St Matthews Academy. More at ease with a blade than a needle, she finds herself ostracised by the girls and stalked by a Scottish lord intent on learning why she is among them.

She begins to suspect why she is at the school when soldiers arrive to see her friend, Zeb, a mechanical genius. On the hunt for answers she breaks into his underground laboratory. There, Allie discovers he is not just constructing sentient mechanical creatures, he is building a devastating new weapon for the military.

Used to relying on herself, Allie must cross the guild-noble divide to keep Zeb safe and stop the weapon falling into the wrong hands. However, the guilds want the device and she is caught in their trap.

Once rescued from Newgate prison, now she must obey the overlord of the guild and deliver up her friend or he will return her to the gallows. Can she trust her new bonds of friendship to save both their lives? 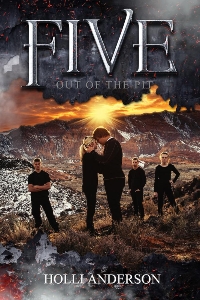 The Five find their way to Moab, Utah where, before they’re even settled in, evil finds them.

As Paige fights to keep from succumbing to the pull of an Incubus that has her marked as his next conquest, Johnathan seeks to find a way to rid her of a curse she willingly accepted in order to save him.

A surprising revelation initiates a long-awaited, yet unexpected, reunion for Alec who discovers a new magical talent he possesses.

The FIVE, along with their mentor, Joe, must figure out what was meant by the last words of a Demon as it was sent back to the Netherworld—a promise of Gathering darkness—and stop the evil before it’s unleashed on the small town of Moab. And, the world. 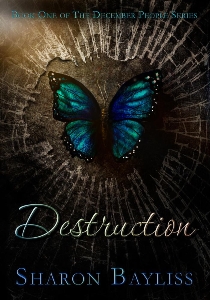 David Vandergraff wants to be a good man. He goes to church every Sunday, keeps his lawn trim and green, and loves his wife and kids more than anything. Unfortunately, being a dark wizard isn’t a choice.

Eleven years ago, David’s secret second family went missing. When his two lost children are finally found, he learns they suffered years of unthinkable abuse. Ready to make things right, David brings the kids home even though it could mean losing the wife he can’t imagine living without.

Keeping his life together becomes harder when the new children claim to be dark wizards. David believes they use this fantasy to cope with their trauma. Until, David’s wife admits a secret of her own—she is a dark wizard too, as is David, and all of their children.

Now, David must parent two hurting children from a dark world he doesn’t understand and keep his family from falling apart. All while dealing with the realization that everyone he loves, including himself, may be evil. 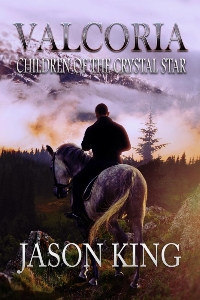 History repeats itself like a song. The verses may vary, but the melody is always the same. The eastern empire of Aukasia has a new leader, a man who means to bring war to all the land. Yet, even in all his bloody ambition, he does not realize that he is but the puppet of a greater evil. Only the Kalyra – The Children of the Crystal Star – can stand against what’s coming. Only they can protect the world of Valcoria from the mad hatred of the fallen god, Aedar. A new verse of the song has begun. The last verse. 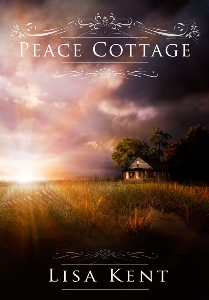 When tragedy claims the life of her dear husband, Lucy Cook packs up her two daughters and heads to the coast of Maine to start again. There, in a cottage in the woods, she looks for peace and renewal as she heals from the loss and alienation of her former life in Vermont. But her new home and the man who owns it are shrouded in mystery. And Lucy must learn to live without certainty. Follow Lucy as she navigates a fresh start for herself and her family in regard to matters of home, loss, love, and hope. 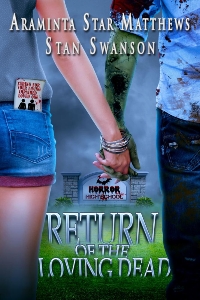 Being in love with a zombie bites, but that won’t stop true love. Horror High School: Return of the Loving Dead is like no zombie book you’ve ever read. Meet Amber Vanderkamp, senior at Stephen E. King High School. Amber is poised for class valedictorian when she graduates this year and has her sights set on the New York Center for the Performing Arts for college. Everything is wonderful in Amber’s world. She always gets the lead in her high school’s plays and is counting on the lead role in the school’s upcoming production of Romeo and Juliet to get a college scholarship for theater That is until her well-ordered world is thrown into chaos when her boyfriend, Zach Williams, dies and comes back as a zombie. But she simply can’t turn her back on the love of her life, can she? How does she deal with the pressure? And will she remain committed to the boy she once considered her soul mate and future husband? Especially when her mother (with secrets of her own) is encouraging her to wait and experience more of the world. And her flighty best friend, Jasmine, is acting even more peculiar ever since Zach has become a member of the undead club. Add in the class bullies, Caleb and Darla, who seem to be doing everything in their power to ruin Amber’s life and Zach’s existence, and all of the elements are present for a page-turning romp through a world where zombies, or “living impaired loved ones,” are a part of everyday life.